Why Running with Your Dog is the Latest Fitness Craze 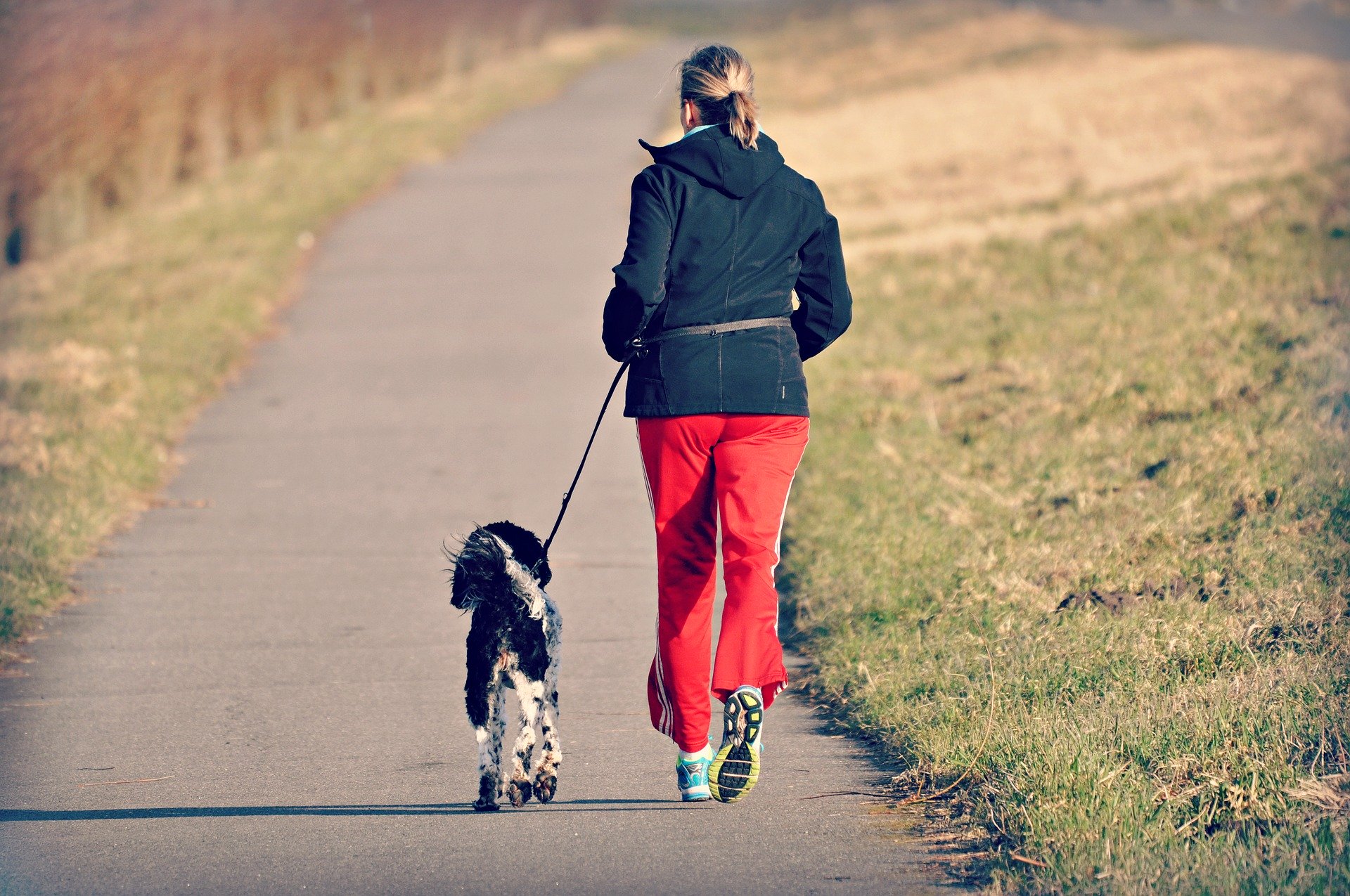 Canicross – where you go cross-country running with your dog attached to them via a bungee cord-type lead – is growing in popularity.

No longer is a standard daily walk enough for these exercise enthusiasts. Over the last year, the purchasing of equipment specifically designed for canicross has quadrupled. Runs that allow dogs have also seen a huge spike of interest.

And there are plenty of companies getting involved, teaching joggers how to run with their pup and giving advice on how to ensure a safe run depending on their age and fitness levels.

Why is Canicross Popular?

Adrian Ward, owner of Innerwolf.co.uk, says: “It’s exposure, I suppose. More people are hearing about it and, because most trail running events now incorporate a canicross category, there is more availability at races now as well.”

It’s also a great way to socialise nervous or anti-social dogs, too.

Canicross tends to take place on trails rather than pavements to protect dog’s soft paws and their joints. Runners will be given plenty of advice so they don’t wear out their pup or cause them accidental injuries.

DogFits co-founder, Gail Walker, says she will never forget her first canicross run. “It was just exhilarating. You get a little pull from your dog, which you can control using commands, but it feels like you are running with dogs in a pack. They’re excited, they’re enjoying it, and you feed off them. It puts the fun back into serious running.”

Have you tried Canicross before? Let us know in the comments below.

5 Things We Do That Confuses Dogs

Missing your dog whilst away from them

Assistance dogs – The law in the UK

Assistance dogs – What are they?

5 Things We Do That Confuses Dogs

Is Dressing Your Dog in Clothes OK?

Why Do Dogs Eat Grass?

Do Dogs “Talk” to Us With Their Eyes?