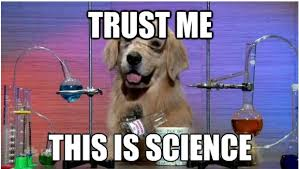 The age old saying that dogs are mans best friend is well known. However, there might just be a little more to it than you think…

1. Their brains respond to emotions in the voice in the same way that humans do. Scientists at Emory University in Atlanta found that a part of the brain associated with positive emotions is similar in dogs and humans. This means that dogs react to emotion cues in voices such as happiness or anger in very much the same way as us. For the experiment, they trained dogs to lay still in MRI machines so that neuroimaging could be carried out on dogs and humans at the same time.

2. Research has found that dogs can read emotions on humans faces. They tend to steer clear of humans with frowny faces and gravitate towards those with happy faces like mine! Read more on that study here.

3. Archaeological evidence has shown that dogs were part of human society as far back as the Ice Age! It sounds pretty chilly but it’s true… Small dog skeletons were unearthed with human communities buried in Europe, the Middle East and China. In fact, at a famous archaeological site in Ain Mallaha the skeleton of an elderly man was found buried with a puppy! 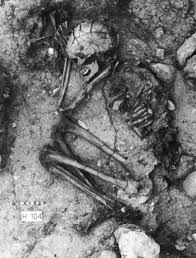 This photo from davidhgrimm.com shows the male skeleton holding the puppy with his left arm

4. According to the Baker Medical Research Institute in Melbourne, Australia, those who own dogs are healthier than those who do not. Their studies showed that dog owners have a lower risk of developing heart problems and also tended to have lower blood pressure and cholesterol levels. It could be due to something like this. Cute AND health inducing…what’s not to love?!