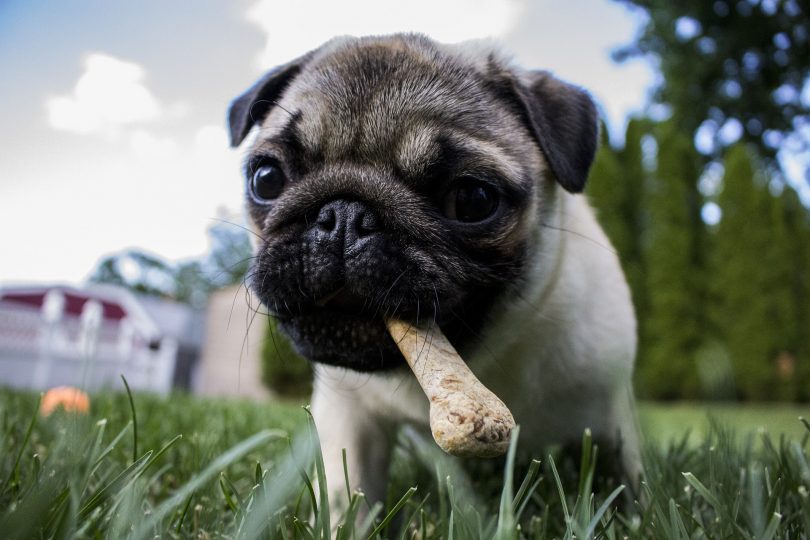 There’s a lot of research and speculation about what you should and shouldn’t feed your dog. While some are happy to give their pup a diet that consists of dog food and biscuits, others rely on the raw food diet to give their dog all the vitamins and nutrients they need to be healthy.

While each dog is unique with individual requirements, there are some foods that are toxic for all dogs. It’s important to be aware of these potentially deadly foods that dogs simply can’t tolerate in their diet.

Grapes and raisins have been known to cause renal failure in dogs, which results in the shutting down of their kidneys. Symptoms include lethargy and vomiting, which can result in death.

Avocados contain persin, a fungicidal toxin, which is incredibly poisonous to a lot of animals, dogs included. Symptoms include vomiting and diarrhoea, and myocardial damage. The high fat content can also lead to pancreatitis. Everything on the avocado including the fruit, the pit, the leaves and the actual plant can be harmful to your dog.

Theobromine is found in the cacao plant and is particularly dangerous for dogs to consume. While it doesn’t affect us humans, dogs will find themselves suffering from numerous different side effects including vomiting, diarrhoea, extreme thirst, abnormal heart rhythms, tremors, seizures, and even death. If your dog has eaten chocolate, it’s important to get them to the vets as soon as possible.

While ok in small doses, high quantities of garlic and onion can cause anaemia, which is where the red blood cells get destroyed.

Foods that are high in salts, including bacon, can be extremely bad for pups as they can cause sodium ion poisoning. The symptoms of too much salt can include vomiting, diarrhoea, a high body temperature, and seizures. Bloating is also something to look out for as your dog may be drinking too much water in order to combat the salt.

Xylitol is a sweetener that can be found in things like peanut butter, sweets, chewing gum and baked goods. When ingested by dogs, xylitol can cause a surge of insulin which can prove to be fatal. Keep human sweets and treats out of reach.

Rawhide, despite being a common material for dog chews, is actually quite bad for dogs. Not only is it a choking hazard, but rawhide is made with toxic chemicals including bleach to make it white, so it’s not the most natural, healthy material to give your dog.