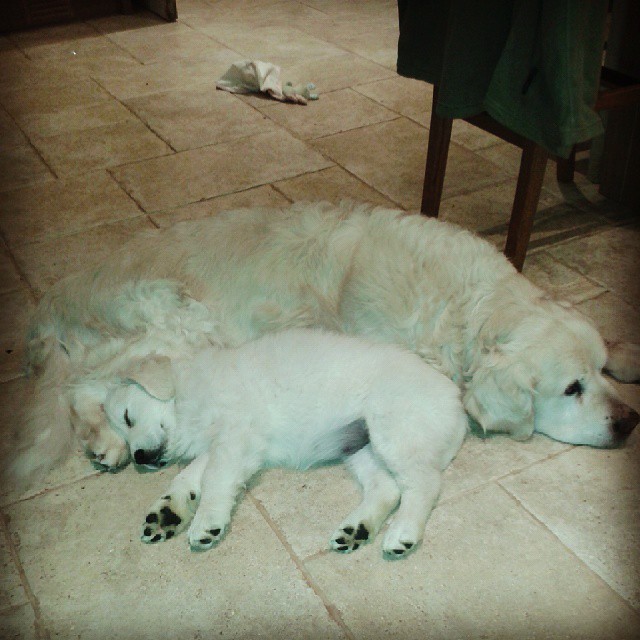 My friend Emily and her family have had Zach, a fourteen year old Golden Retriever, since long before I met her. He grew up with fellow Retrievers Bailey and Ollie who have now sadly passed away. Zach is a lovely, fluffy, drooling delight who resides at their beautiful family home in Swansea.

Emily’s parents recently decided that it was time to add to their family in the form of Golden Retriever puppy, Lola, and I couldn’t wait to – well, first to coo over photos – then ask her a bunch of questions on what happens when you bring a puppy home to an older dog. Here’s what she said:

1. How old was Zach when you first had him?

Okay, so Zach is fourteen now but I can’t remember exactly when we got him. I think he was one or two.

3. What made you decide that it was time to get a new dog?

You know me, I always think we have space for more puppies. I think for my parents it’s a good time as they aren’t going away any time soon and my mum in particular has a lot of time at the moment and so she can stay at home with the dogs.

4. How has Zach found the change?

He’s pretty much the most mellow dog I know and so I don’t think it’s phased him really. Sometimes, if she’s a bit much for him, he’ll just kind of huff, get up and plod over to the sofa because she can’t get up there. When she has these half hour bursts of puppy craziness Zach has been incredibly patient with her and mostly, when she’s not chewing on his face, I’m not sure he even notices her! 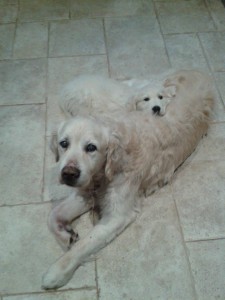 5. Do Lola and Zach have any similarities?

They both absolutely love eating and taking naps.

6. What are their main differences?

I think that at the moment it’s mainly their sizes. Also, I think Lola really, really adores Zach and he has his moments with her too but he just kind of sees her as this thing that keeps tripping him up.

7. What was behind the decision to get the same breed?

As I don’t live at home anymore, that was really my mums choice. I love Retrievers too, though, and so I probably would have chosen the same breed. They have a really nice nature… Or I would have chosen a bigger breed, who knows?! 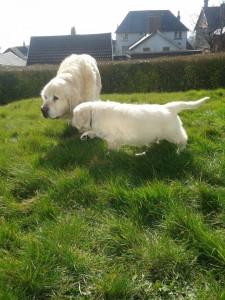 8. Do you think that having Zach around has helped Lola settle in?

I think that it’s helped her a lot. She always prefers to go and cuddle up with him when she’s having a nap. It’s also getting Zach up and about a bit more which is good. For most of Zach’s life we’ve had other dogs and so I don’t think that this has been a massive change for him. 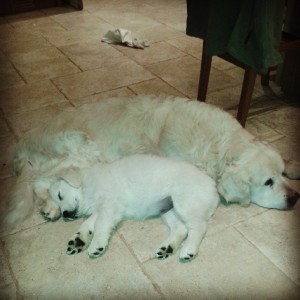 9. What is Zach teaching Lola and vice-versa?

We were hoping that Lola could learn a few things from Zach, like going outside to the toilet and all of that. But because Zach has kind of reverted to being like a puppy in his old age, she’s actually peeing outside more than he does…

10. What does the future hold for Lola and Zach?

I think that Zach will continue to be dopey and happy as long as he gets his meals on time, has a nap and gets somebody’s leg to drool on at the dinner table. I have no idea with Lola; I have to get to know her a bit more first. I think she will end up being a lot like Zach, maybe a little less dopey. 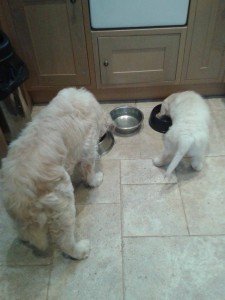