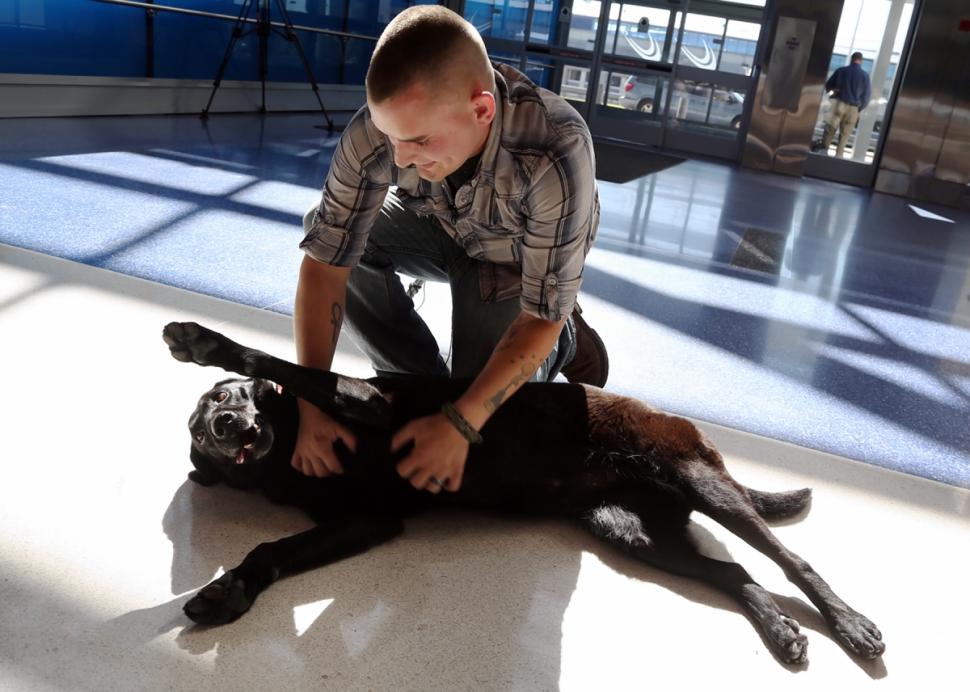 A United States Marine Corps veteran reunited with his military dog after four years this past Thursday at Raleigh Durham International Airport. The black Labrador, Cena, was Corporal Jeff DeYoung’s best buddy while the pair were in Afghanistan back in 2009, when Cena was an invaluable asset used to sniff out bombs. DeYoung was worried that Cena would not remember him after four years of being apart, but the Labrador ran right up to him and nuzzled into his chest. 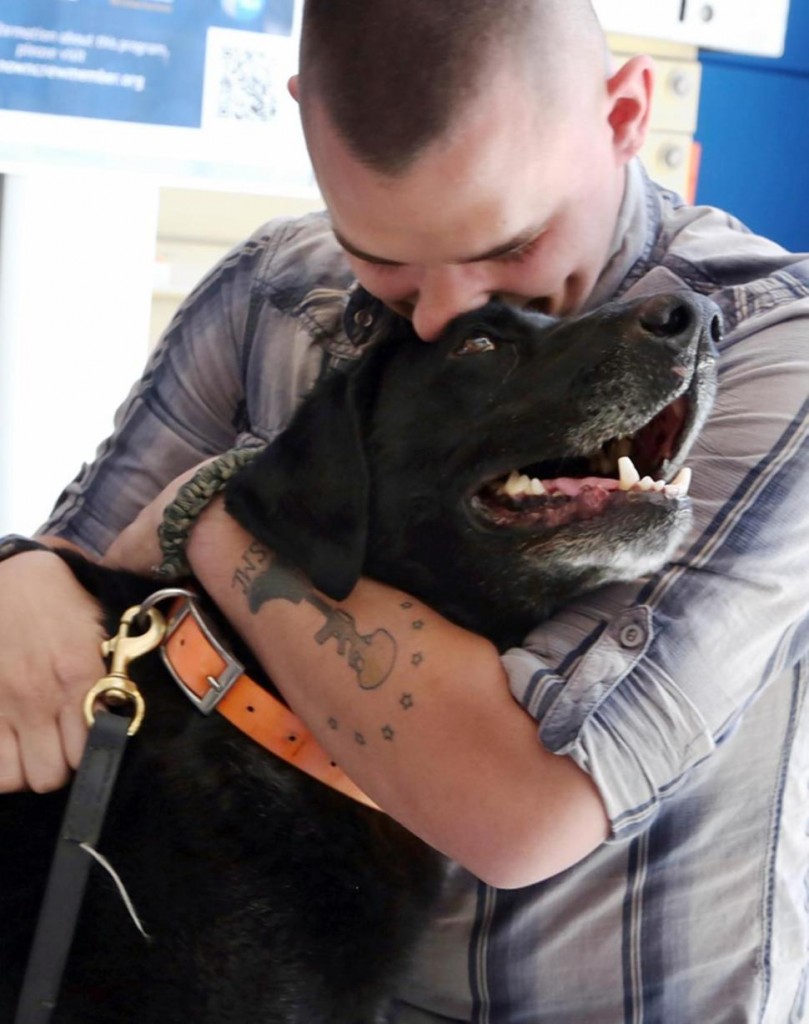 Cena’s job in Afghanistan was to walk about fifty yards in front of DeYoung and sniff out bombs, or IEDs in the field. His amazing nose has the ability to sniff out over 300 types of explosives and one thousand different scents. DeYoung said of Cena, “When he found the scent, he would lay down and would look at me. At that time, I knew within six feet of that area there was a bomb.” With all of the danger surrounding them, the pair formed a strong and lasting bond. DeYoung was always focused on protecting his furry friend in the field until he retired and Cena stayed behind to continue working. 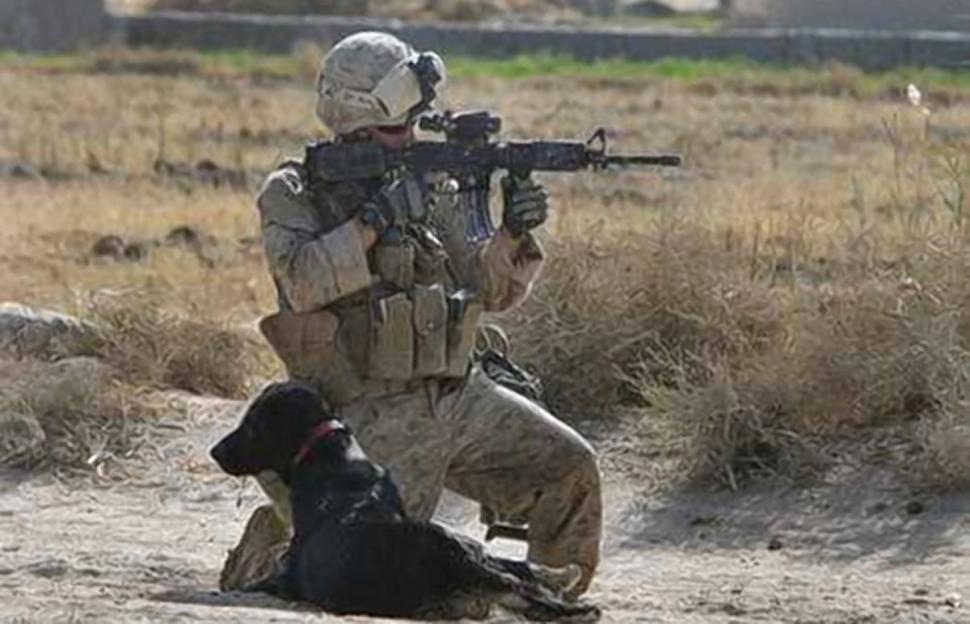 Cena recently suffered from a hip injury in the field, and when Jeff heard about it, he knew that he had to get his dog back and bring him home to his wife and two kids. There reunion at the airport is the beginning of their new life together, which will continue in Michigan, where DeYoung’s family lives. He introduced Cena to his two young children that were born after his return home in 2010, and said to Cena, “Because of you, I got to have them.”