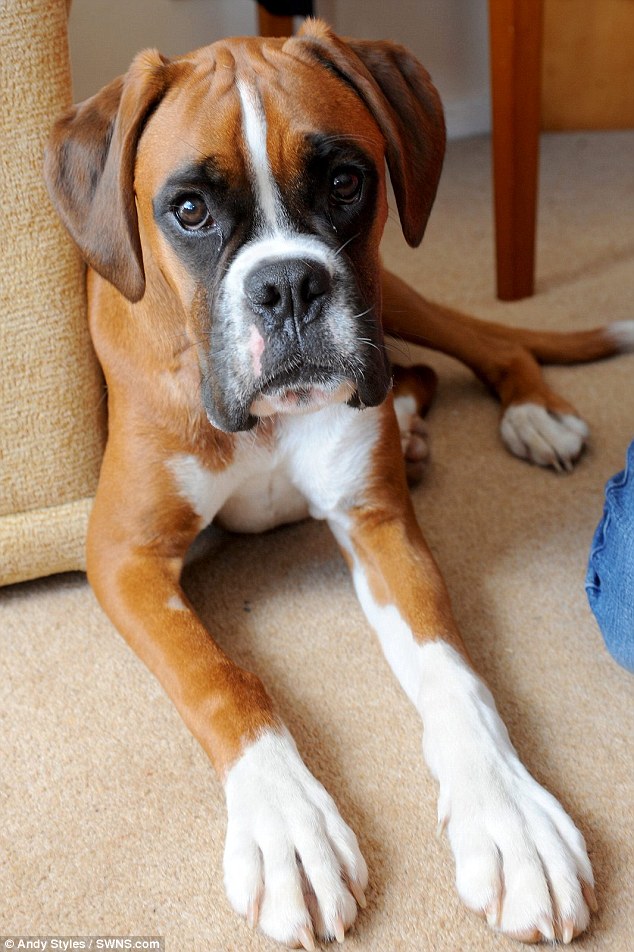 A Boxer dog named Hugo had an almost fatal accident after he swallowed a riding crop whole.

Hugo – who is ten months old – was rushed to a vet when he started to cough up blood during a forest walk. Once there, the practice immediately carried out an x-ray to find out what the problem was.

It was then that veterinarian Chris Hawkins was surprised to find a WHOLE 21-inch riding crop. He said ‘It was a miracle escape and a once in a career event. We knew it was something long that he had swallowed but had no idea what we were dealing with. Hugo had swallowed an entire crop. The crop was very carefully removed with gentle traction from an incision in his neck.’ 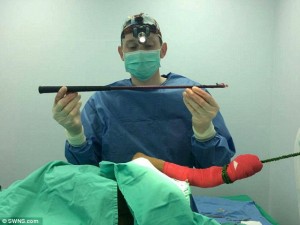 The poor pup was rushed into surgery where the crop was successfully removed and Hugo has since made a brilliant recovery.