As a dog owner in the UK, it is your responsibility to look after your dog and make sure they are well behaved and controlled in public. UK Dog walking laws are put to ensure that all owners abide by the regulations of how to safely and properly take their dogs out for walks in order to stop any harm or disturbance to the public place and its occupants.

Below are the UK dog walking laws which must be followed by all dog owners seeking to take their canines for a walk around the neighbourhood, the town or to a nearby park!

All dogs must be trained in obedience 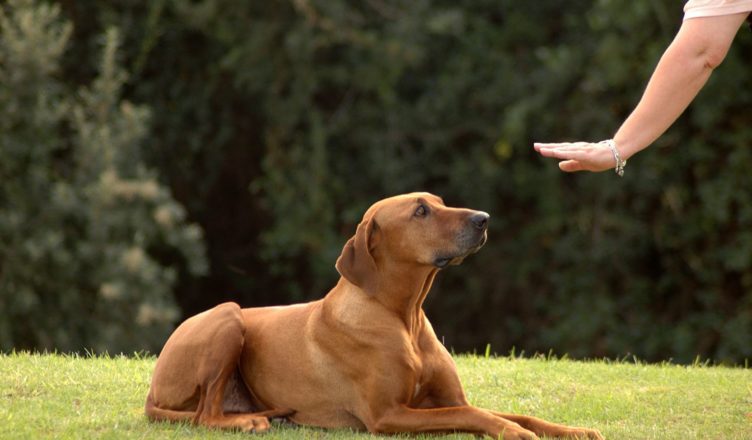 Before taking your dog out for a walk, it is a UK law that all dogs should be trained in basic obedience, no matter their size or breed. This is to ensure not only your dog’s safety but the safety of people and other animals around them. A dog that is not trained can cause havoc and chaos in public (and at home) by being hard to control and displaying aggressive tendencies.

Therefore, it is absolutely essential to train your dog in obedience whether you do it on your own if you have the necessary knowledge, or to take them to professional trainers who can assist you.

Dogs must be ‘under control’ 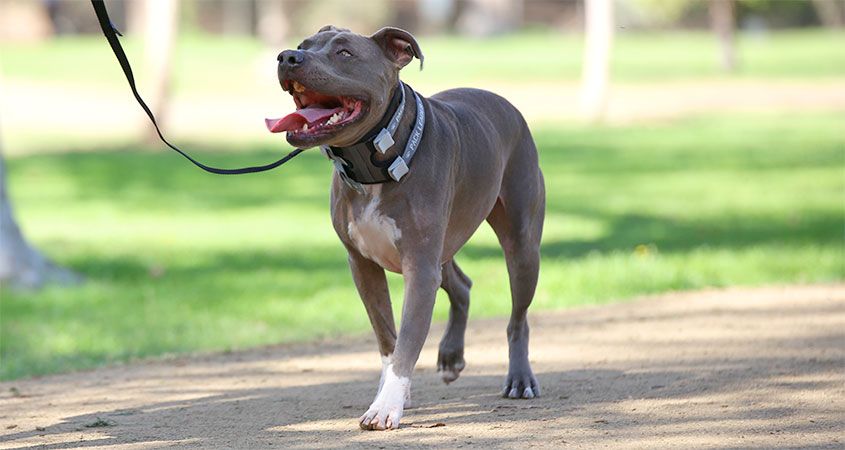 A dog ‘under control’ is one that is held on a leash by someone who is able to control and guide the dog. Therefore, a child is not authorized to walk a large dog, as the child will not be able to have full control of the canine if it attempts to strain or pull against the leash.

It should also be pointed out that dogs are not required to be on a leash all the time, but must be kept on a lead in certain pedestrian walk zones and in areas with livestock. Areas which are designated leash-on zones would have signs indicating so.

Moreover, a law in 1992 has stated that all dogs walking around in public must have a collar and an ID tag in order to identify them as docile pets, and failure to comply can result in a fine of £5000. 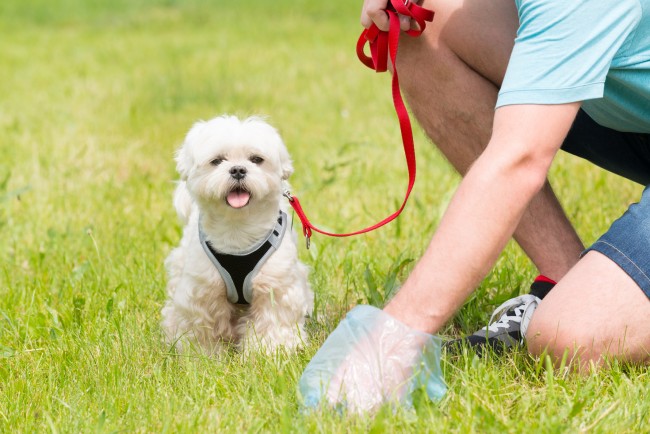 Another UK dog walking law involves preserving the cleanliness of public spaces. It is considered an offence if your dog defecates in public and the faeces is not immediately picked up and thrown away, and depending on the area this failure to comply can result in extreme fines, reaching up to £1000 in some designated area.

Walking up to 4 dogs at a time 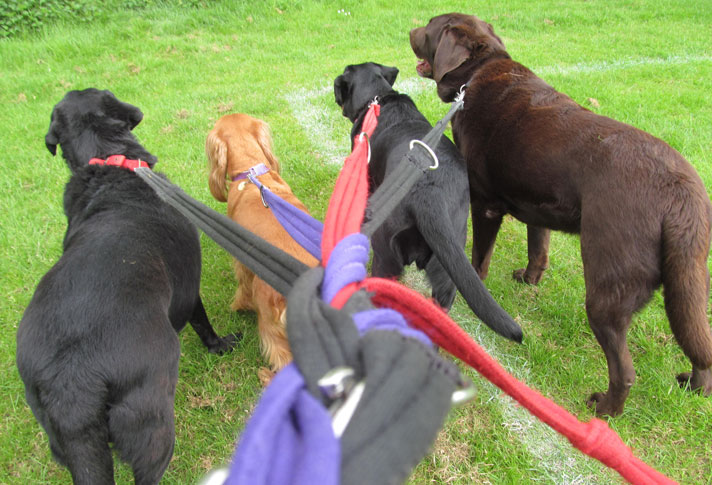 While the law has not been implemented everywhere in the UK and is only in action in Gosport, the decision is slowly spreading to other areas of the UK such as Richmond.