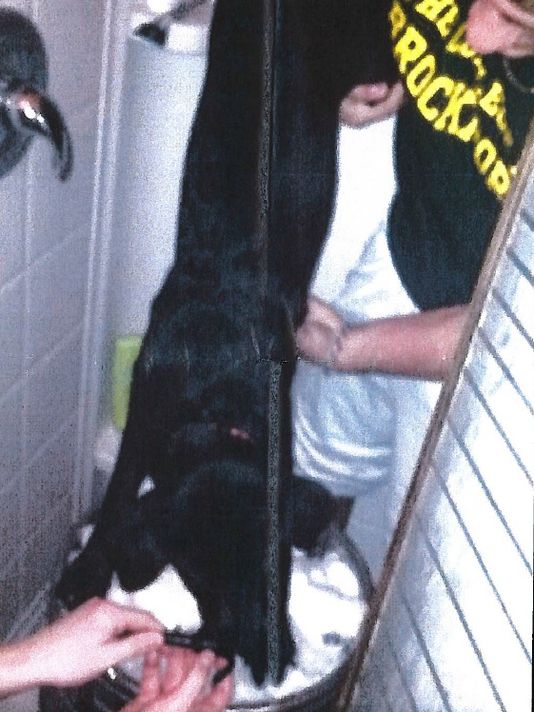 Two students charged with animal cruelty from the College at Brockport face up to a year in prison following a ridiculous stunt involving a five month old puppy named Mya and a beer keg at a college party. The students, Shane Oliver and Robert Yates (neither are the dog’s actual owner, who claims to have not been home when the photo was taken) snapped a photo of the dog being held into a keg stand position with the tap in her mouth and posted the photo to twitter. The photo spread around the internet until someone reported the boys and arrests were made for animal cruelty. Mya is no longer in the college students’ possession, but was taken by the local dog warden and appears to be in great physical condition and metal spirits.

This type of act is just so unfair – we all do silly things with our dogs like put them in a sweater or a hat for a photo, but when the stunt becomes dangerous for the dog like this one and the potential consumption of alcohol or falling wrong off of the keg, that is when it becomes cruel. No animal should have to be the gag of a joke that could put them into danger. The student in the video harps on the fact that the dog did not consume alcohol during the keg stand or at any time during the party, but the issue here (besides underage drinking) is that the dog was put into a potentially harmful situation that these boys seemingly couldn’t care less about. Their fates concerning sentencing have not yet been decided.