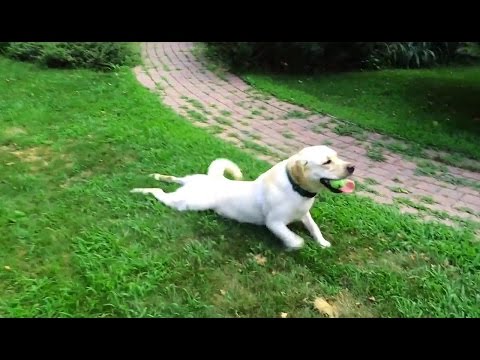 Stella is a healthy yellow lab, but this dog just cannot handle running. She loves playing fetch and hanging around outside, but when it comes to running, she just can’t do it. Stella will run around for a while, but when she gets hot and wants to cool down, she puts on her “brakes” aka she just stops moving her hind legs and automatically goes into a laying down position. It’s hilarious to watch, and her owner has composed a video of her doing it over and over for the internet’s entertainment. The owner notes that Stella is a healthy dog and has been taken to the vet about this, but it’s just something she does to keep cool, nothing’s wrong!

So run on Stella. Or don’t. Your call.