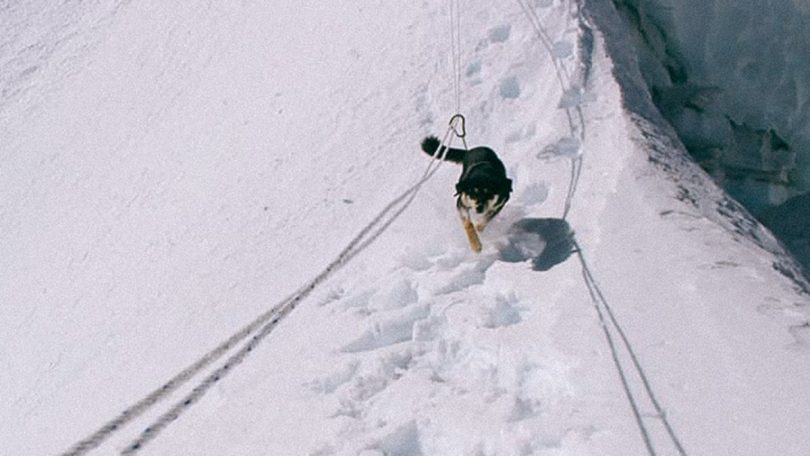 In 2018, in what is thought to be the world’s first, a dog reached the summit of a mountain called Baruntse. Baruntse is a 23,389-foot peak located just south of Mount Everest in the Himalayas.

The dog in question is called Mera, and she’s thought to be the first of her kind to reach this difficult summit, and the first to reach so high. A stray, she is a mix between a Tibetan mastiff and a Himalayan sheepdog. Before her, the highest a dog had ever been recorded is Everest’s Camp II, which is 21,300. Apart from a small zip-line, Mera completed the journey completely unaided.

The Beginning of an Adventure

Mera joined the group 10 days into their month-long expedition. She quickly became attached to mountain guide Don Wargowsky, who provided her with a sleeping pad and jacket to sleep on in his tent.

She became the team’s mascot and a symbol of luck. Even when they tied her to a base camp further up so she couldn’t follow them any further due to the dangers ahead, she chewed through the rope and caught up with them less than an hour after they’d left.

How Did a Dog Manage Such a Difficult Climb?

The team believe that it is due to her mixed breeding that she managed to cope so well in the high altitudes – Tibetan mastiffs have physiological adaptations that mean they perform well at elevation.

You’ll be happy to hear that, after her adventures, Mera was adopted by the expedition’s base camp manager. She was renamed Baru (after the summit she climbed), and she easily put back on the weight she lost from her adventure. She’s now safe, happy and well-fed in her new home.