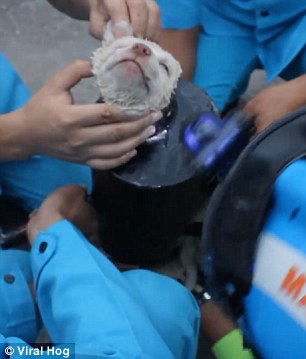 A puppy in Thailand was rescued from a steel pipe when animal activists used soap and water to free it.

It is not known how, but the tiny dog had gotten his whole body stuck in the pipe and was barely able to poke his terrified face out of the top. Having initially cracked through the pipe with electronic pliers, the animal activists were unable to free the puppy’s little head which was caught in a narrower section. A crowd gathered as they worked tirelessly to free the animal’s head using a last ditch attempt of soap and water. 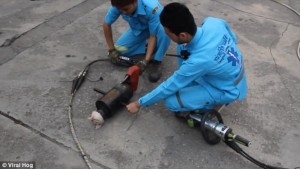 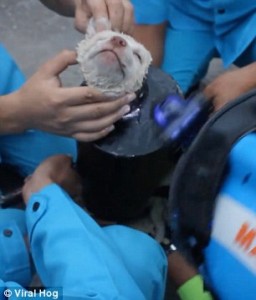 Once the pups head was thoroughly lathered, the animal activists slowly and gently pushed its face downwards until the pipe eventually slipped off, freeing the animal. They washed the dirt and debris off the relieved animal as the crowd applauded their good work. 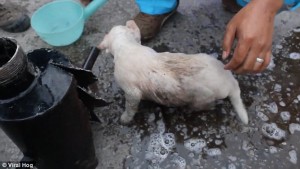 The breed of the dog or how he came to be stuck in the pipe is not known.

All together now: ‘Awwwwwww!’