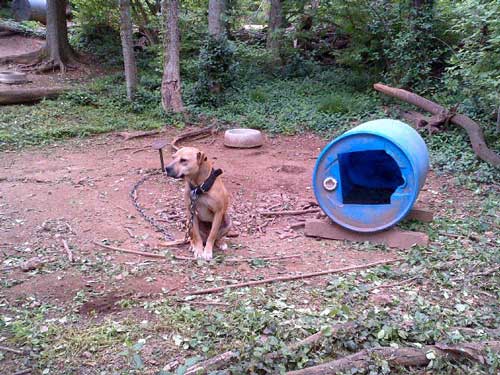 Over three dozen dogs were rescued when Tennessee police raided an organized dog fighting ring. Police arrested Michael Davis, one of the homeowners running the ring. Originally he was busted due to drugs, and the animals were found as a result. Thirty eight dogs were chained to trees in the backyard of the home, all Pitbulls and English Bulldogs, some in very bad shape. It is believed that some of the dogs may have even been injected with substances found in the home. Many dogs had scars or fresh wounds, and are now in the control of Metro Animal Control who is working with the humane society to make sure the dogs are assisted and cared for. Then rescue facilities around the country will hopefully help the dogs to be placed. This large scale, highly organized dog fighting organization was luckily found out, and hopefully charges will be pressed soon.