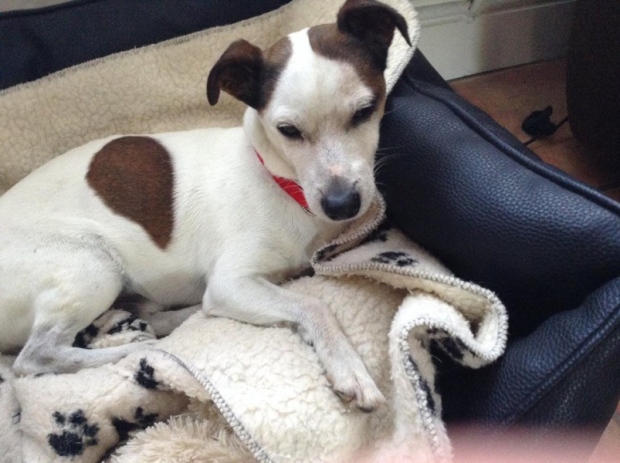 Nipper, a Jack Russel who was stolen from Eastbourne and found miles away in Rochester, is back home and making a recovery.

After being stolen at the beginning of July by a unidentified man in a white van, he was found more than a week later wandering around Rochester alone. Underweight, flea ridden and with a cable tied around his tail in order for it to be docked, he was taken to a vet. There – after being re-hydrated – he had to undergo an operation to fully dock his tail. The cable is suspected to have been tied onto his tail almost as soon as he was taken and the vet advised that he would have been in quite a lot of pain. 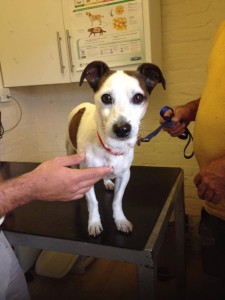 Melissa Hispanioliss from the online group set up the find Nipper, Make Nipper Too Hot To Handle, told the Eastbourne Herald: ‘Unfortunately we will never know truly what happened to this little fella. What I can say is that he was taken by an opportunist thief and ended up in Rochester where he was found walking the streets this morning by someone who thankfully took him into the local RSPCA aware of who he was thanks to everyone sharing. He had been tied up with dirty rope and a cable tie had been put on his tail to ‘dock’ him. He is flea ridden, dehydrated and has lost a lot of weight. We don’t know whether he was dumped for being too hot to handle or whether he escaped.’