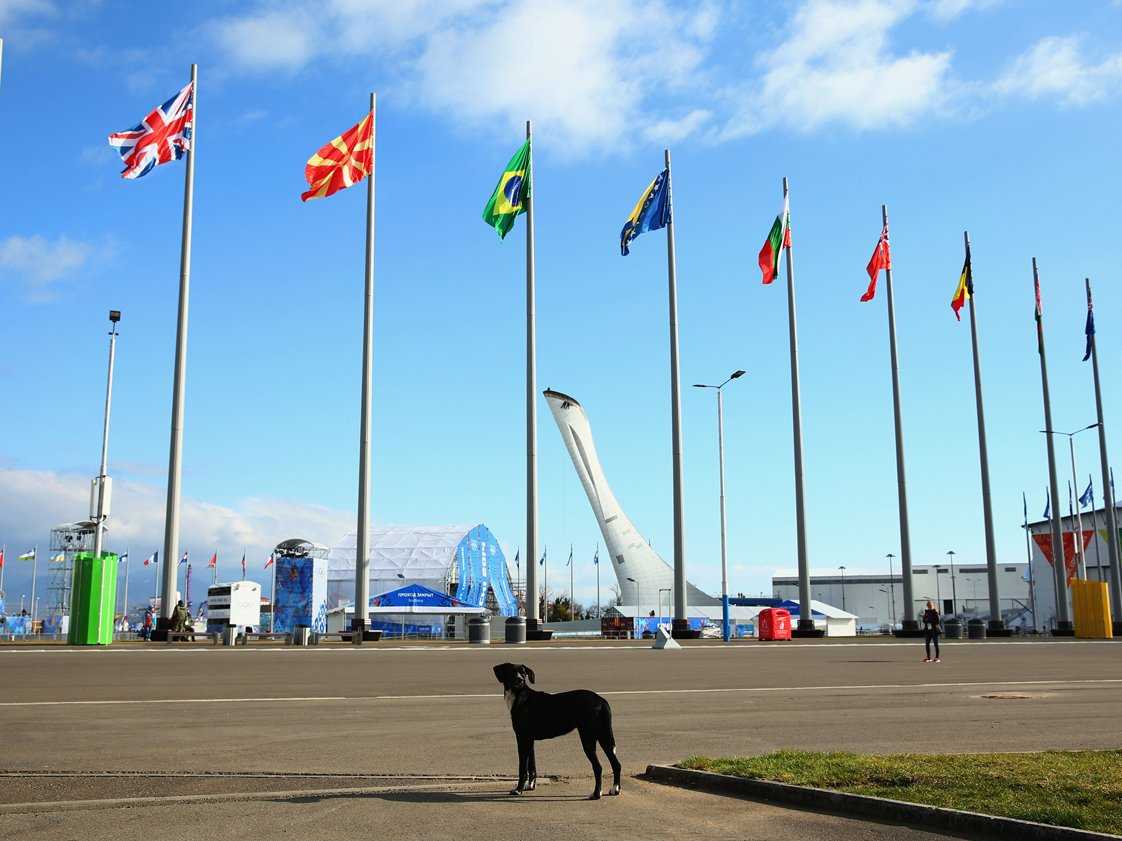 After the stray dog situation concerned the hearts of many a dog lover, it seems Sochi’s stray dogs have been saved by a billionaire benefactor.

Oleg Deripaska, one of Russia’s richest men, has come to the rescue, paying for an estimated 2,000 animals to be taken to a makeshift animal shelter run by Olga Melnikova, coordinator of the rescue attempt on behalf of a charity called Volnoe Delo.

A ‘’dog rescue’’ cart is now scouring the Olympic campus, collecting dogs and taking them to the safety of the shelter, a makeshift affair of doghouses on a hill situated on the outskirts of the city.

The makeshift shelter named ‘Povodog’, a play on the Russian word Povodk meaning leash is without electricity or running water and so far houses around 80 animals.

Local animal rights activists say many of the stray dogs were originally pets, or offspring of pets, abandoned by families whose homes were demolished over the time it’s taken to build the Olympic venues, in exchange for tall apartment buildings, where keeping pets is difficult.

They also said that a program for sterilisation of dogs is desperately needed, as is the stressing the importance of sterilisation and general education over the welfare of dogs.

On Monday, Humane Society International wrote to President Putin urging him to prevent the killing of dogs, emphasising that the president is also a dog love and is often photographed with his black lab, Koni.

“It is true that there are stray dogs in Sochi, more stray dogs than in other cities,” he said. “The explanation is quite simple. When a big construction project is underway, dogs and puppies always appear whom the builders feed. Now the builders have left, but unfortunately, the dogs remain.”

The Olympic Committee do not have responsibility for areas outside their official venues, and stray dogs have been found wandering inside sporting venues, residences for the Olympic athletes and visiting journalists and even in the mountain areas where skiing and other outdoor events continue to take place.

U.S. Olympian free skier Gus Kenworthy has gained media attention for different reasons when the athlete tweeted about his discovery of a litter of puppies and their mother and vowed he would take them back home to be adopted.

The silver medallist has already arranged for kennels and vaccinations to happen next Monday, and already has friends and family members back home that are willing to adopt the abandoned mother and pups. 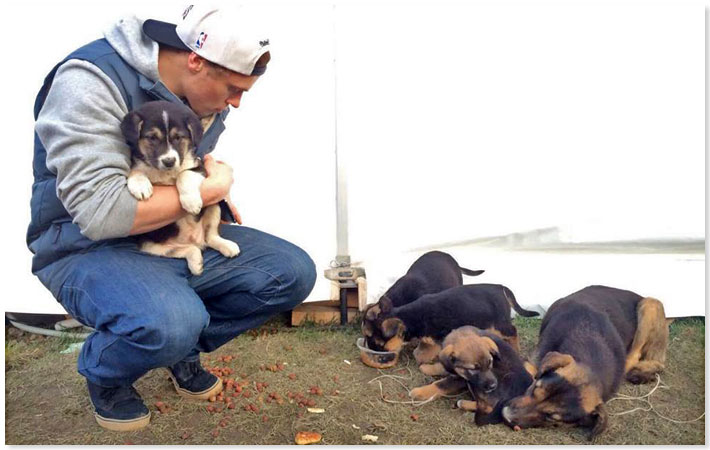 As for the future of Sochi’s stray dogs, since word has spread about the shelter, local needs are only continuing to grow. All of the dogs entering the shelter are currently receiving medical treatment, including vaccinations.  All of them will be eligible for adoption, even to fans and athletes attending the Olympics.