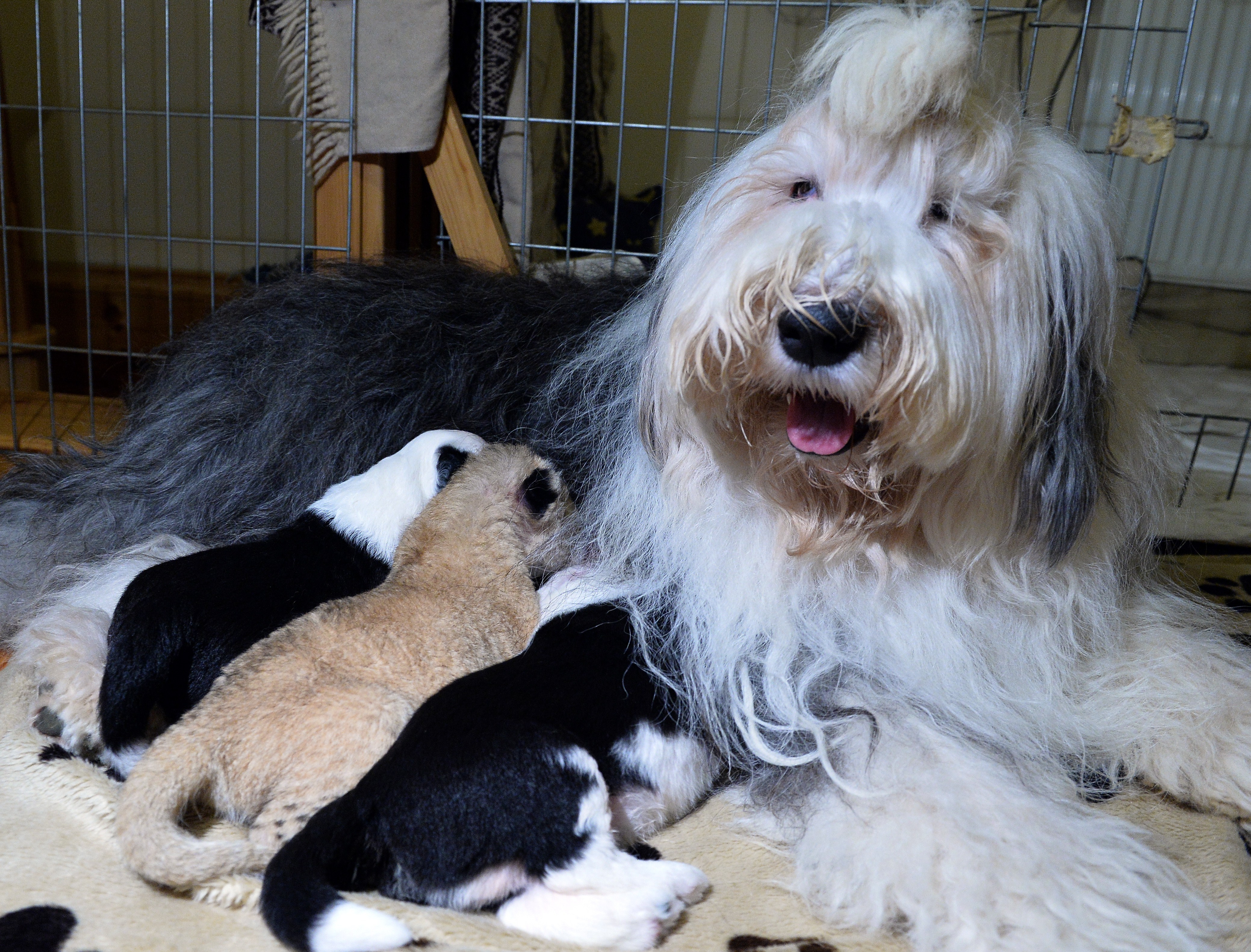 An adorable lion cub in Poland who was shunned by his parents at birth found an unlikely adopted mother — an Old English Sheepdog called Carmen. 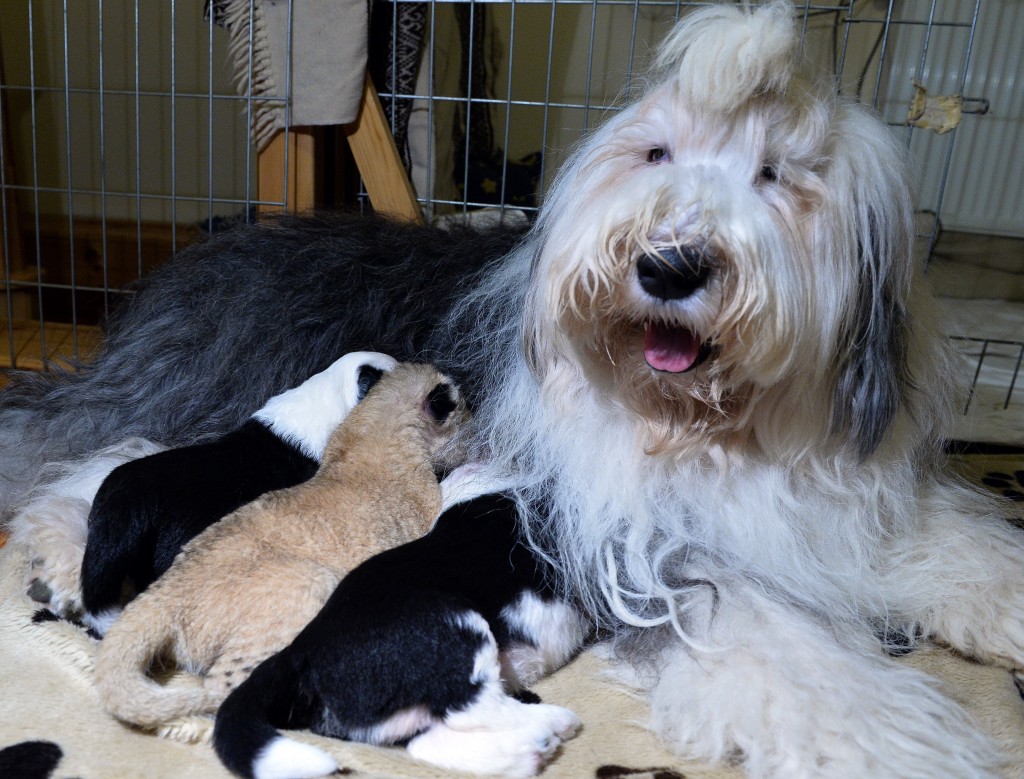 Parys was born at a small zoo in the eastern Polish town of Wojciechow to a mother who showed no interest in nursing him and a father who gave him one lick, turned his nose up and walked off.

Zoo owner Krzysztof Zerdzicki said: “When I picked up the little guy, the lioness came over to me and tapped me with her head as if to say: ‘take care of him’. And then she left.” 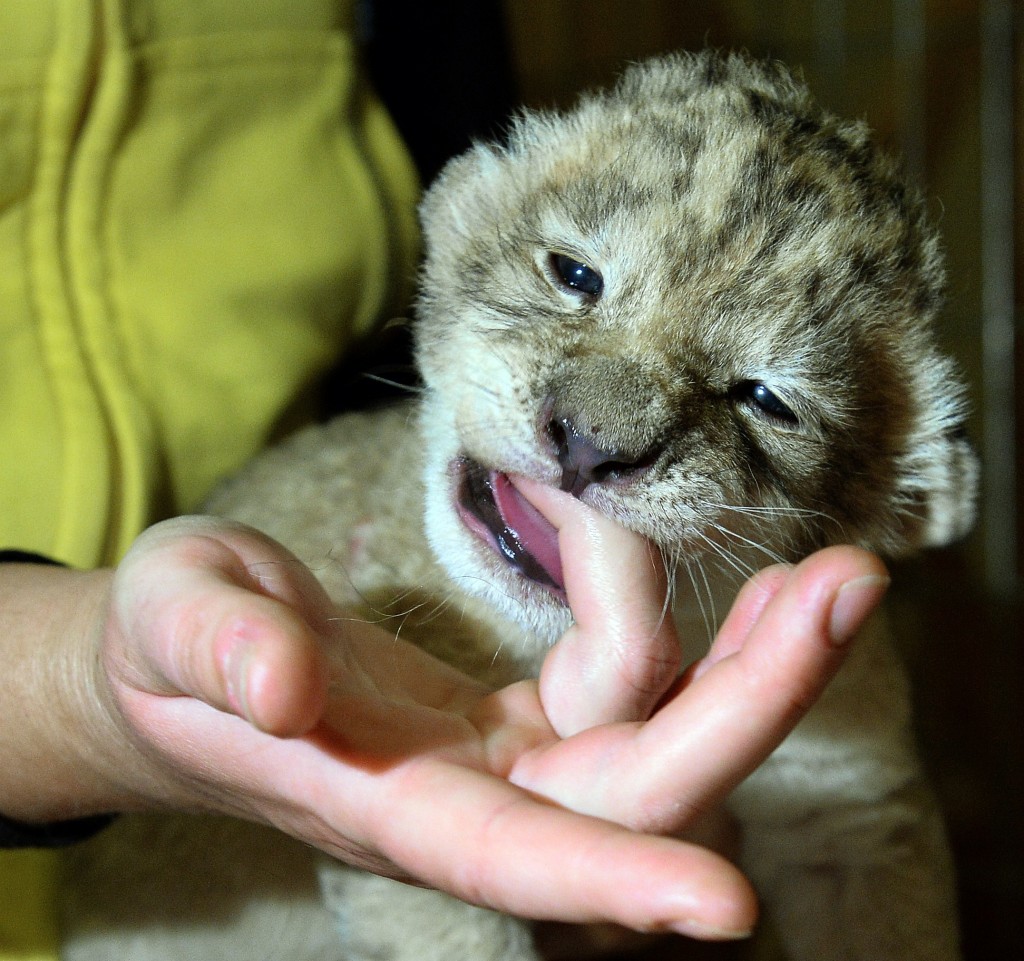 Luckily for the little cub, however, Mr Zerdzicki’s Old English Sheepdog stepped in. 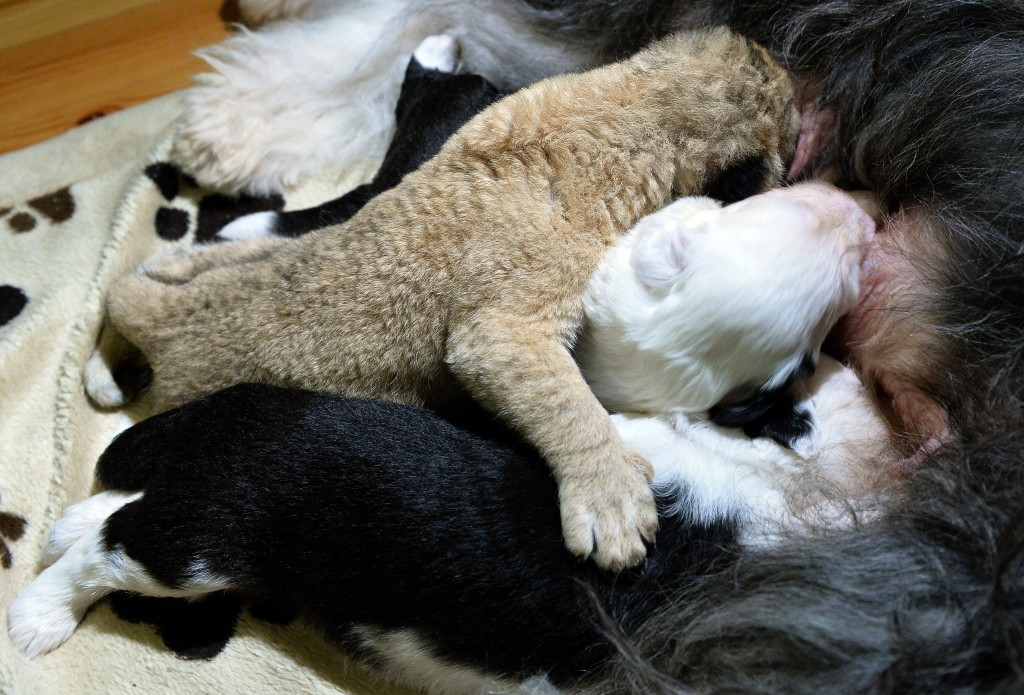 Carmen was already busy with her own recent litter of five puppies but one more was no trouble. 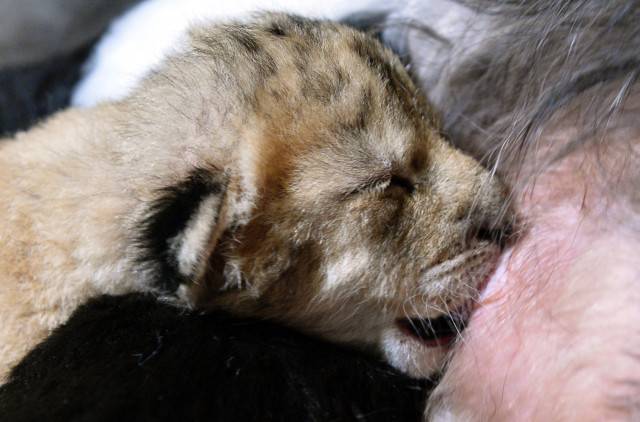 Since then, Parys has been cuddling up to her adoptive mum alongside his new brothers and sisters.

Mr Zerdzicki said Carmen had been “surprised at first” but had taken her new role in her stride.

He added: “She’s been taking care of him, licking him, nursing him. His brother and sisters have also accepted him as one of their own.”

But, Parys is a very different creature – for one thing, he demands more food than the puppies and has been getting extra meals to keep him satisfied. 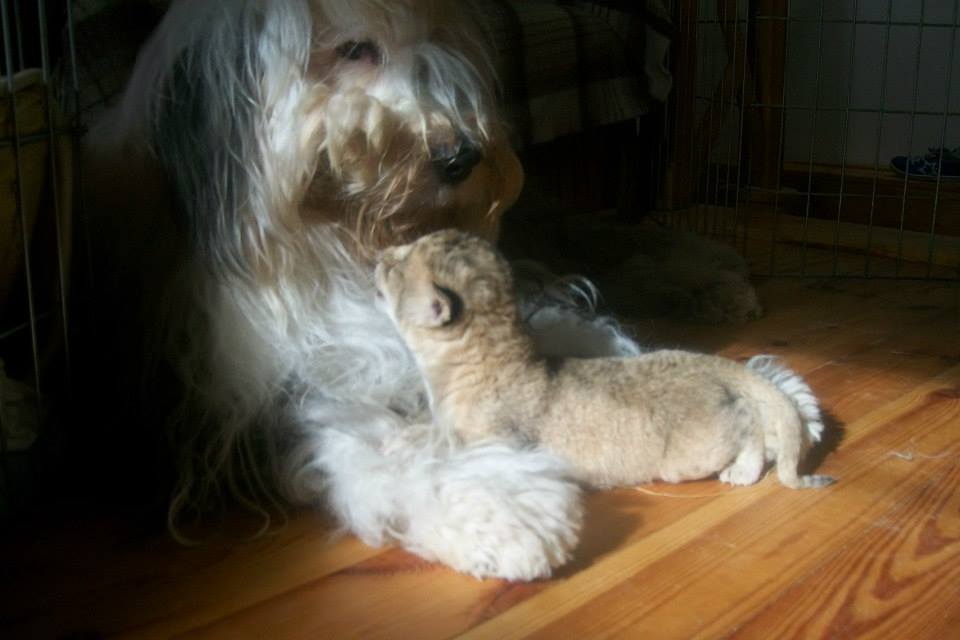