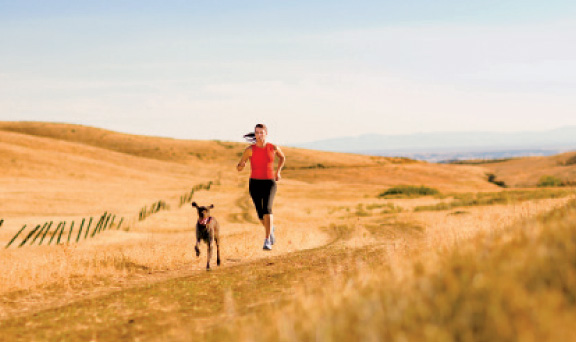 It’s been a couple of months since we added to our little pack in the form of Sawyer, a standard wirehaired daxie.

He is our first puppy as a married couple. Of course, we already had Dexter – our stubborn but sweet Chihuahua – who we adopted when he was 8 months old. However, Sawyer has been a whole different kettle of fish! One week after we had brought him home, a fellow Dachshund owner told me ‘you don’t train Dachshunds, they train you.’ Er…what, now?! Alas, I relentlessly strive to try and bestow upon him some form of ‘training.’

Now, Sawyer has just hit six months and is officially in the dog form of puberty. He is overflowing with energy previously only observed belonging to the likes of Mo Farrah or Usain Bolt or Katie Hopkins on the ‘This Morning’ sofa. Puppy books tell me that at six months of age a dog can be expected to sleep on average 17 hours a day. HAHAHAHAHAHA-excuse me while I gather myself for a moment… 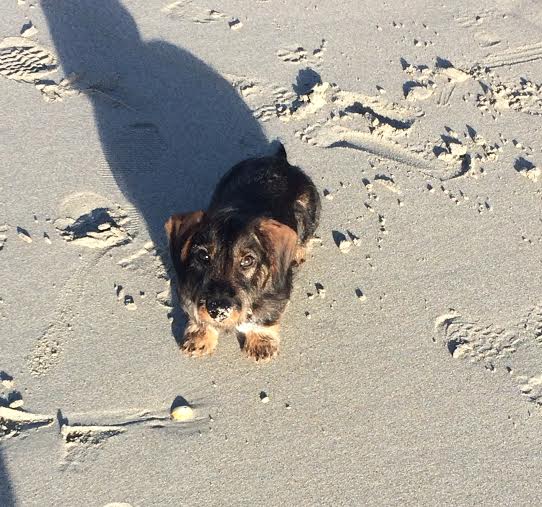 Anyway, becoming more and more stressed, distressed and generally unimpressed; I was desperate to find a way of dispelling all of this extra puppy energy. You see, we had never experienced this with Dexter. He just wants to go to bed (preferably mine), be cuddled and sleep. He’s basically me.

But along with being stressed by Sawyer’s inability to exhert any form of calm, I started to feel guilty.

Dachshunds were trained to hunt. They were trained to work. They certainly were not built to sit around all day acting as a carpet warmer. I looked at my frustration at Sawyer – the way he circles the sofa at 100mph; round and round, the way he jumps up at everything I’m doing, the talent he has for causing mischief in any situation – and I started to see his frustration. 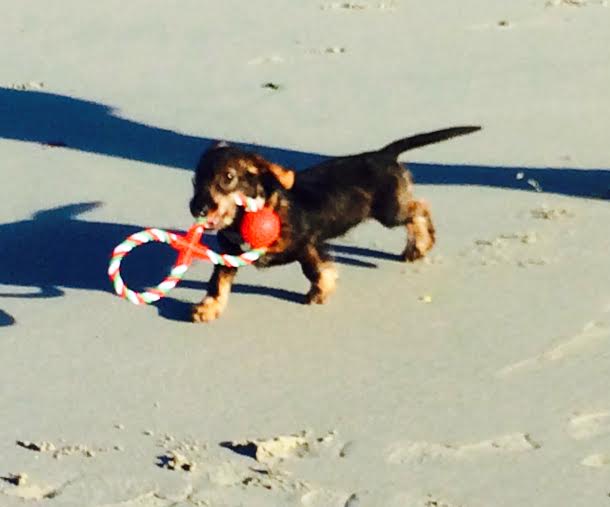 Sure, he needs more training in certain areas (okay, okay all areas). But a large put of his over-enthusiasm is that he is a six month old adolescent puppy who was bred to hunt all day and is probably pretty peeved at me.

So it is here that I find myself donning leggings for more than just a lazy day watching Netflix. I lace up my trainers, push poop bags into my pockets and head for the door. Sawyer’s long body is encircling my legs with excitement. I attach his lead and we’re out into the cold night. We’ll be gone for around half an hour, running against the wind as I clear my mind and Sawyer’s energy levels simultaneously.

It’s Running Club. I hate it and he loves it. It’s totally worth it.