Police are hunting two people who were seen on CCTV attempting to put a dog in a city centre bin. The incident happened in Plymouth and an investigation has also been launched by the RSPCA.

Images of the grotesque treatment of the dog surfaced online and a witness was quoted as saying ‘They tried putting this dog into the bin and because it was shut they started to hit it about, hurt its throat and smashed its head against the bin.’ 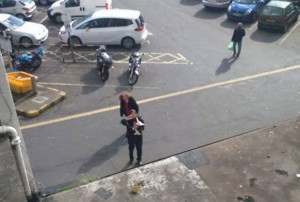 While no arrests have yet been made, a Devon and Cornwall Police spokeswoman has said that anyone with information should call 101, quoting log number 609 of March 26. 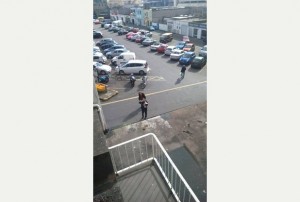