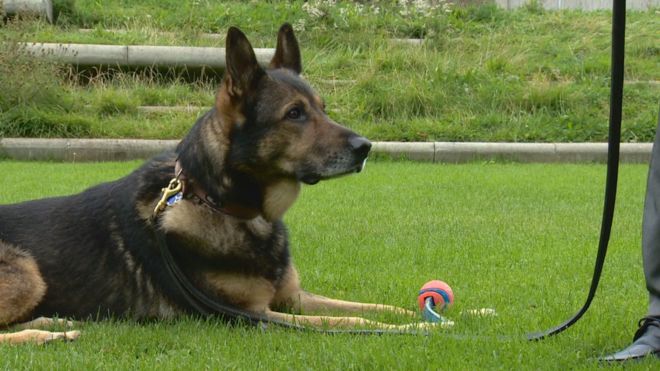 A new law, named after a police dog hurt in the line of duty, is being implemented in Scotland this year.

The suspect who attacked Finn could only be charged with criminal damage and given a small fine – and PC Wardell didn’t feel this was enough.

He ran a campaign to protect animals in the line of duty. It’s also going to increase the amount of time a criminal could be punished for extreme animal cruelty from 12 months to 5 years.

The law makes it more difficult for people who do hurt animals to claim it was in self-defence.

The law has been in effect in England since the beginning of the year, and it is now Scotland’s turn to create new legislation to further protect animals and wildlife, which includes implementing Finn’s Law.

Want to hear more about heroic dog Finn? His handler PC Wardell has released a memoir all about him – you can get it here!