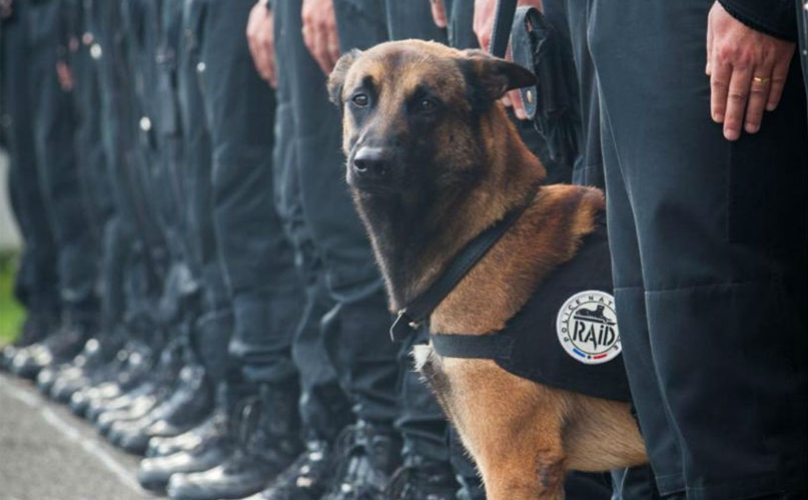 Diesel, a 7-year-young Belgian Shepherd police force dog in Paris, sacrificed his life early this morning saving the lives of his entire team. In the days since the terrorist attack that shook the country and sparked an outpouring of support from people worldwide, police have been conducting counter-terror raids in search of the “mastermind” behind it all.

As police prepared to storm an apartment building in Saint-Denis in the early hours of this morning, where the man in question was thought to be hiding, they sent Diesel inside to “assess the level of danger” before they followed. Moments later, a female suicide bomber detonated her explosives and killed Diesel in the process. Because of his sacrifice, no officers were killed, though five are reportedly injured.

The official Twitter account for Police Nationale tweeted about Diesel’s death soon after, and it was retweeted more than 13,000 times in minutes. The hashtag #Jesuisunchien (meaning “I’m a dog”) has gone viral with people paying tribute to Diesel and the working dogs like him.

One police spokesman says that dogs like Diesel are “indispensable” to the police force, and we know his death will not be taken any more lightly than the roughly 130 casualties from Friday’s attacks.

R.I.P, Diesel. You served your country well, and it won’t be forgotten.