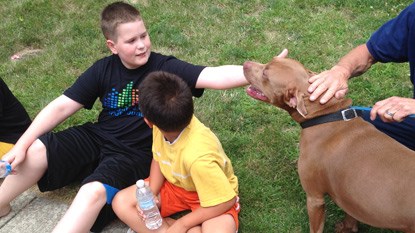 Ace, a two year old Pit Bull saved his deaf owner from a burning house last week and is rightfully being hailed a hero as a result. A fire broke out in the house most likely due to electrical issues in the garage while thirteen year old Nick Lamb was taking a nap. Nick was born deaf, and though he has cochlear implants, he took them out to take a nap. When the house started to fill with smoke, Ace licked Nick’s face until he woke up, and the two ran outside into the backyard. 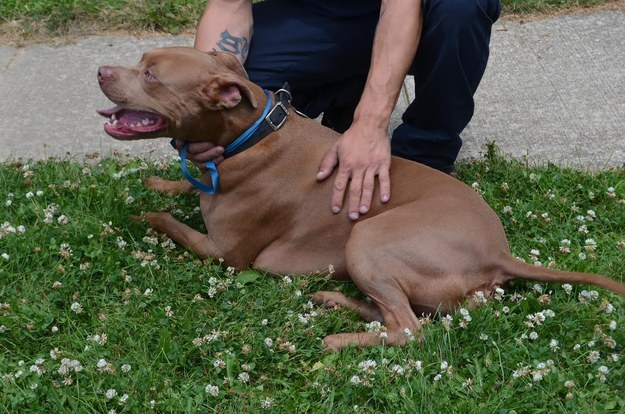 Firefighters arrived at the scene to a house completely up in flames and medics checked out both Nick and Ace, releasing them almost immediately. Nick’s mom, who has never really left her son home alone before this summer, is so grateful for Ace being there, as she fears Nick would have never woken up otherwise. 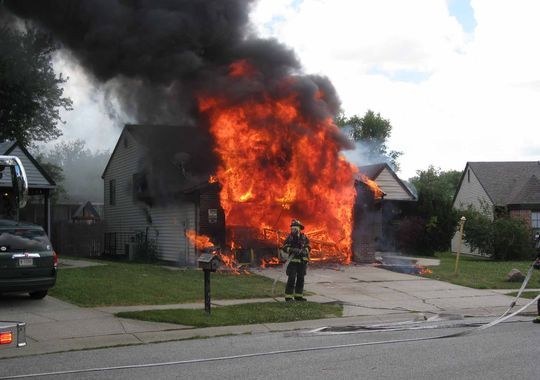 Ace is truly a hero and his instincts saved Nick’s life. The family’s cat Pixie was rescued from the burning house and appears to be in good condition as well. No one was hurt, though the house is completely gone.