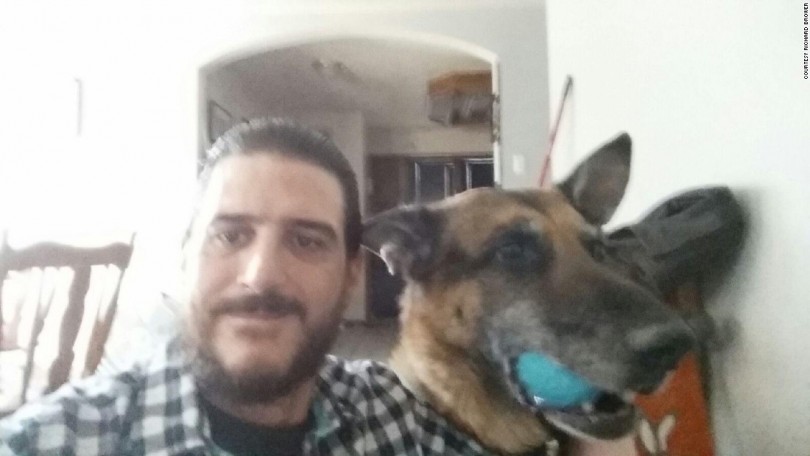 A dog owner has found his stolen dog whilst searching for a new pet.

18 months after his much loved German Shepherd was stolen from his back garden, Richard Brower made the difficult decision to move on by finding another dog. It turned out to be the best decision he could have made as it ended up leading him right back to his beloved pup, Dozer.

After Dozer was stolen, Brower searched tirelessly for his canine companion. He enlisted the help of his friends and almost everyone that he knew from the dog park in the hunt for his missing pet. Between them, they approached nearly every person that they saw walking a German Shepherd but to no avail.

Brower said that the search was ‘heartbreaking’ and ‘horrible’ and after a year and a half he realised it was the right time for him to look for another dog. He said ‘I never gave up hope, I’d just come to the realisation that I couldn’t go on without another dog.’

So, sitting in front of his computer, Brower typed in ‘German Shepherds for sale’ into the internet browser. The first link that he clicked brought him to Claresholm Animal Rescue Centre and instantly he says ‘my heart stopped.’ For staring back at him was Dozer, as handsome as he had remembered. Brower had no doubts that this was his long lost pooch but sent the picture to his sister and mother for their opinion. 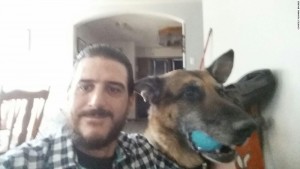 Meanwhile, Brower’s father had stopped by the rescue centre – unbeknownst to his son – on the way home from a business trip. Brower says that Dozer started wagging his tail the instant his father walked into the room. Still wanting to confirm that this was indeed his dog, Brower had called the centre and was on the phone. He instructed his father to click his fingers and relay to him what the dog did.

Beautifully trained, the instant Brower’s father clicked his fingers, Dozer circled him coming to sit on his right side. Brower says that they couldn’t hold it together any longer – ‘My dad was bawling, I was bawling on the phone.’ Once they got Dozer home, there was more crying – from Dozer! ‘He almost knocked me over, he came flying in, put his head in my arm and started doing that wailing that German Shepherds do.’ Brower says.