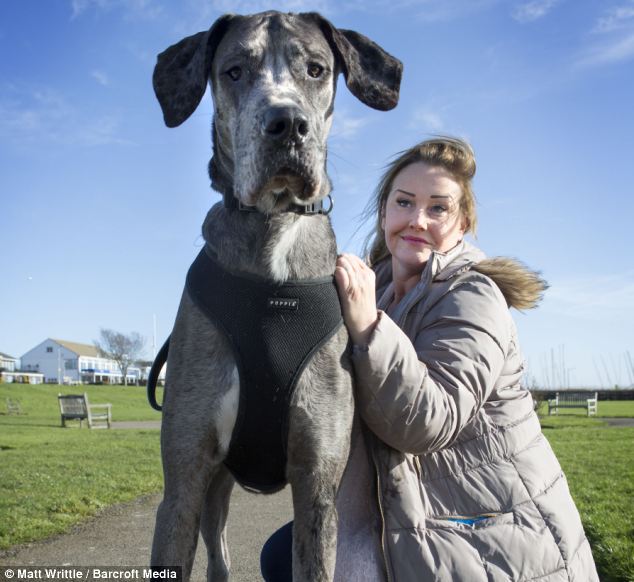 Standing at over 7ft tall on his back legs, meet Freddy the Great Dane! He is believed to be Britain’s biggest dog and what he manages to eat in a week will blow your mind.

Giant Freddy was born as the runt of the litter and so no one could have predicted the colossus he would become! Together with his sister Fleur, his lives with his owner Claire Stoneman, a taxi cab driver from Essex who says that they are ‘her life’. Between the two dogs, they have managed to destroy 14 sofas and Freddie alone costs £90 a week to feed.