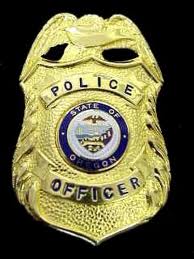 A police dog in Oregon, USA has officially been given his doggy P45 and shown the door. Reportedly, this is because the canine was too ‘dumb’.

The adorable two year old, known as ‘Cash’, was given his marching orders by the Cannon Beach police force after failing to prove himself.

According to a report in The Washington Times, Cash – a Belgian Malinois – was even dismissed before he got to see any action! The canine was reportedly afraid of heights, easily startled and had ‘barking issues’ among other things. 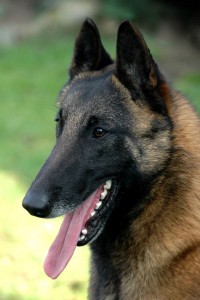 Officer Josh Greggory, Cash’s former handler, said in an interview with the Daily Astorian ‘[Barking is] fine as an alert, but you can’t get anything done when you are trying to get him to find dope and he’s just barking in your face.’

So with that, Cash has hung up his police badge and is heading back to his owner Tami Schultz of Clastop County search and rescue department.

Meanwhile, Officer Greggory reports that the police force are already advertising to fill Cash’s shoes. A ‘ball-crazy, happy, wanting-to-work’ dog is the criteria and the new pup will be given a couple of weeks in training to see if he is up to scratch!

Here in the UK, there are over 2500 police dogs in service. Although the Alsatian is the most popular, the Belgian Malinois are gaining on them – let’s just hope that they have a higher fear threshold than old Cash…