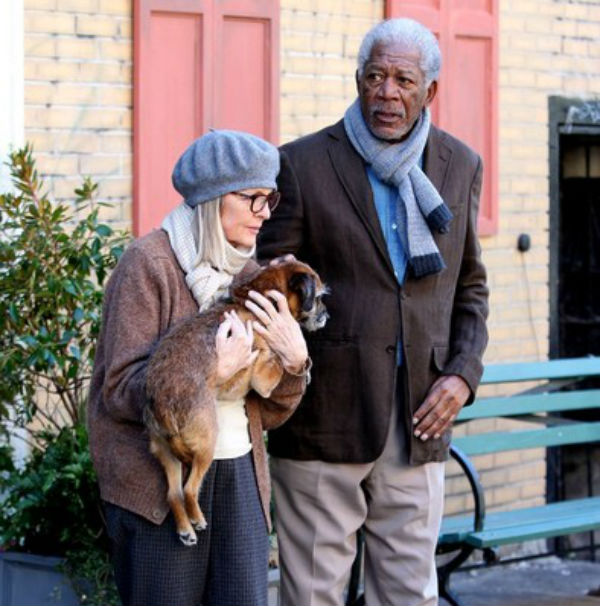 Morgan Freeman and Diane Keaton play the concerned owners of a Border Terrier in their new movie, 5 Flights Up.

The feel good movie – which is due out in cinemas later this year – stars Freeman and Keaton as a married couple who are set on uprooting their life and moving from their home in Brooklyn with their pooch Dorothy. The film sees the couple spend a hectic weekend pondering over the sale of the home in which they’ve shared their lives for 40 years.

However, drama is never far away and with Dorothy being ill and their niece  (played by Cynthia Nixon of Sex And The City) who is an estate agent listing their apartment for sale, their lives are thrown into disarray. The eve of their open house is even marred by a terrorist threat on the Brooklyn Bridge!

See the official trailer of the movie – with Freeman also acting as Executive Producer – here: