Warning: Creating default object from empty value in /home/749230.cloudwaysapps.com/mfbvzbapsm/public_html/blog/wp-content/plugins/wp-image-hover-showcase/includes/redux-framework/ReduxCore/inc/class.redux_filesystem.php on line 29
 Man who thought he had a Jack Russell turns out having ‘Britain’s biggest dog’ – Chelsea Dogs Blog 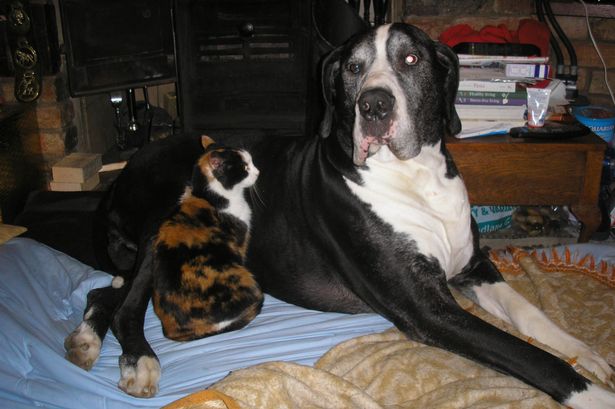 A man who thought that his wife had brought home a Jack Russell has ended up having what is believed to be ‘Britain’s biggest dog.’

Robert Markham was told by his wife Sue that the cute 1lb 5oz puppy was a Jack Russell after Sue had fallen in love with the pup and decided she must have him. The dog, named Yogi, turned out to be a Boston Great Dane who grew to 15 stone. Now the nine year old dog eats his way through £37 worth of food every week and is known as ‘Bear’ in his home town of Gainsborough in Lincolnshire. 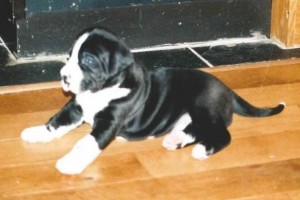 Sue told the Mirror: “When I saw Bear I fell in love with him and knew I wanted him but I knew Robert didn’t want a big dog. So I told a little fib and said he was a Jack Russell. But it started to become fairly obvious when Bear dwarfed any other dogs in the village, so the game was up.”

Yogi – or ‘Bear’ – now enjoys a cooked breakfast every morning, including four scrabbled eggs and sausages. When he fancies a snack he enjoys popcorn, yoghurt and bananas. 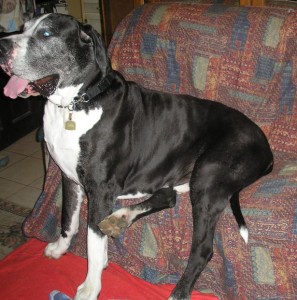 Robert said ”I thought a big dog would be a lot of work and could be trouble, all the food they eat, all the space they take up and so on. We only have a small living room so I dreaded the thought of a big dog. But I thought ‘How much trouble could a Jack Russell be? Obviously as the weeks went by, Yogi just kept growing, bigger and bigger and he never stopped eating.”