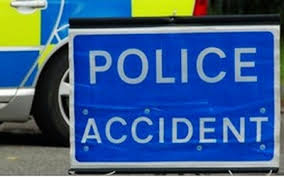 Bert Hanks and his Jack Russell x Chihuahua, Lottie, managed to escape injury in the horrific M40 pile up in Oxfordshire.

Mr Hanks, 65, had got out of his car near the scene of the crash which involved 30 cars and tragically took the lives of four people; leaving 50 injured. However, while he was offering help to the injured, his beloved pooch escaped the car and fled up the motorway.

Mr Hanks told the Advertiser & Review ‘I got out and tried to help and when I got back she’d run off up the motorway. I walked up the motorway and all the emergency services came very quickly, I had some dust sheets in my car and got them out to help keep people warm.’

When he returned to his car, however, Lottie was nowhere to be seen ‘Then I had to leave because there was nothing I could do, and I couldn’t find my little dog.’ Mr Hanks was particularly worried as his pet had recently been spayed and was due to have her stiches out, he said ‘…she is chipped so I hope she will come back.’

Luckily for Mr Hanks, he was reunited with his missing dog just hours later. The person who had found Lottie wrote online, ‘She is fine and tail wagging!!!’