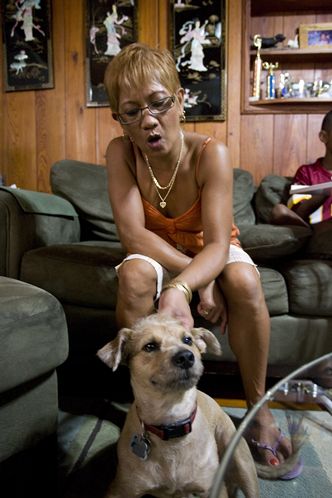 One morning, Stacey Savige found a lost terrier dog wondering around a local primary school and decided to ask her neighbour, Yolanda Sevogia, if she could help look after the dog. Yolanda agreed but said it would only be for the day. The two women took photos of the dog, designed and printed 4,000 flyers and placed an ad on Craigslist for the found dog. They went around the neighbourhood placing the flyers through mailboxes with the hope that someone would recognise the dog and they would be able to reunite the dog with his owner.

Yolanda went to the dollar shop to buy some essential pet supplies, leaving the dog at home with her two sons. At the time, Yolanda’s first son Christian was 21 years old and her youngest son Azaiah was 10. She warned her sons not to fall in love with the dog. Christian has Down Syndrome as well as an assortment of other illnesses. He had recently undergone heart and kidney surgeries.

Four days later Yolanda was still caring for the dog who the family had started to call RaeLee (pronounced Riley). Yolanda arrived home from work and RaeLee ran to the screen door and started barking madly at her. As soon as Yolanda came through the door, ReaLee ran into Christian’s bedroom where Yolanda found Christian was in the middle of a violet seizure. RaeLee continued to bark and ran over to Christian but as soon as Yolanda bent over to help Christian, RaeLee fell silent.

“If he hadn’t come to get me, the neurologist said Christian would have choked on his own blood and died,” Yolanda reported to the Tampa Bay Times. At this point, no one had called to claim the dog so Yolanda decided to keep him.

The next morning Stacey got a call from a man named Randy who recognised his lost dog on one of the flyers and called the number. Stacey started crying, and told him, “That dog saved my friend’s son.”

Randy drove to Yolanda’s house to pick up his dog, and saw Azaiah crying on the porch and Christian in the window. After a few moments Randy said, “Maybe Odie was supposed to find you, maybe you should keep him.” 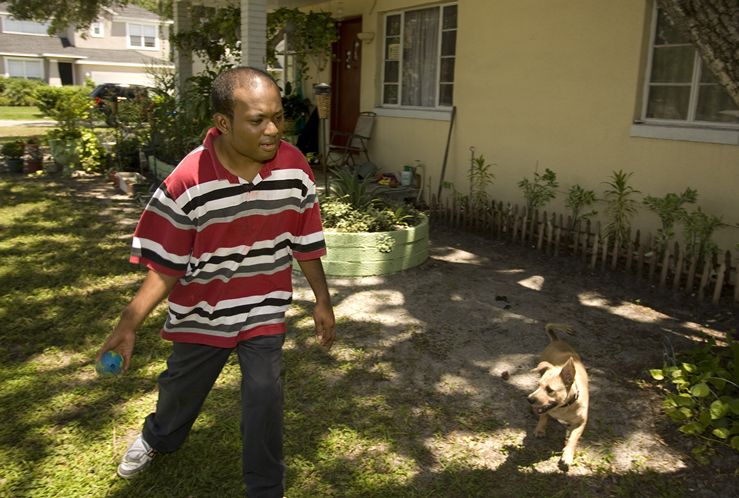