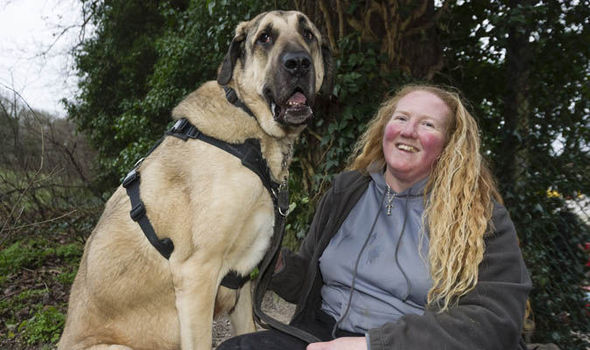 The owner of a 7ft tall dog thinks he may have grown into the biggest dog in Britain since she rescued him as a puppy.

Kurt, a former stray, is an Anatolian Shepherd and reaches 7ft tall when he stands on his back legs and he weighs a whopping 11st.

His owner, Tracey Buckingham, 42, from Chatham, Kent spends £120 a month to feed his enormous appetite but says he is a “a big cuddle monster” who loves attention.

His Friday night dinner consisted of tripe, beef chunks, chicken hearts and ribs – served on a tray because it won’t fit in a bowl.

A couple of pictures of Kurt:

The biggest dog in Britain 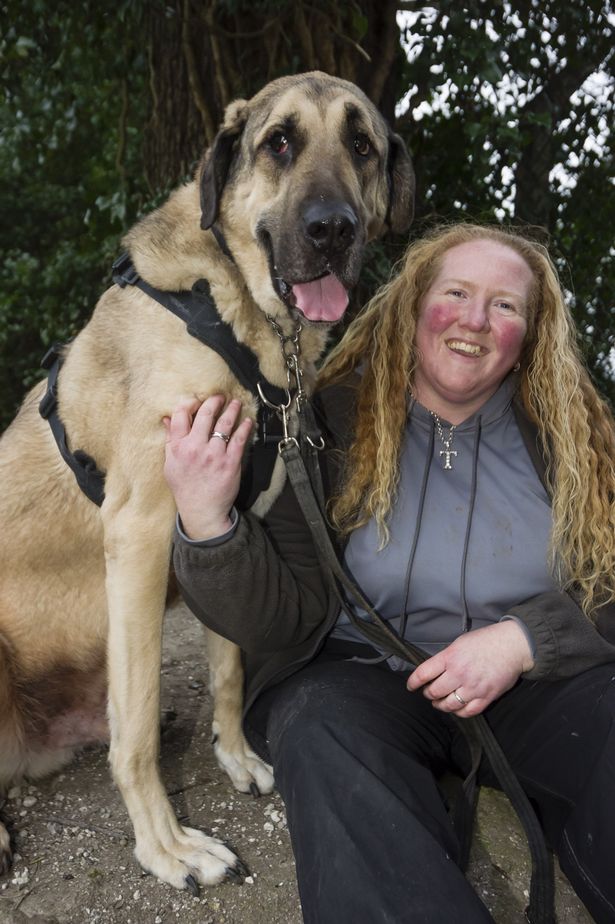