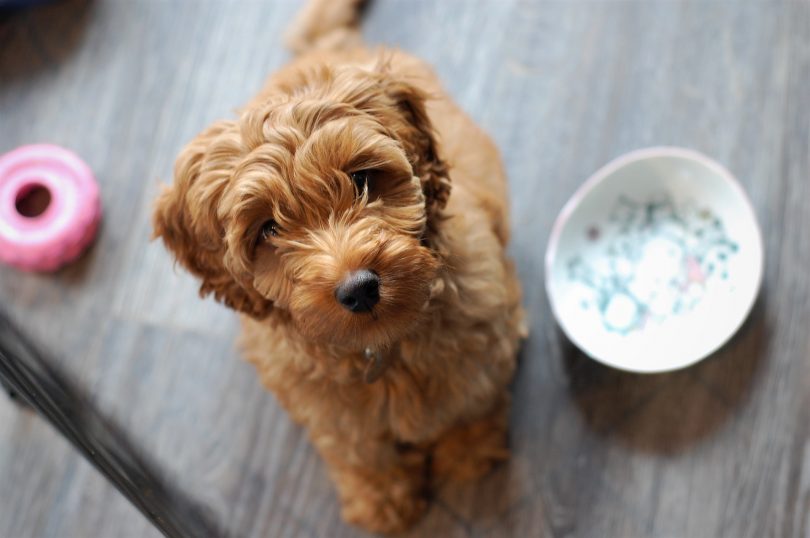 Labradoodle creator, Wally Conron, has recently stated in an interview with an ABC podcast that creating the first-ever labradoodle is “his life’s biggest regret”.

He said, “I haven’t got a clue [why people are still breeding them today]. I opened Pandora’s box. I released a Frankenstein.

“People are just breeding for the money… unscrupulous breeders are crossing poodles with inappropriate dogs simply so they can say they were the first to do it.”

His regret comes from the ever-growing and popular “designer dog” phenomenon, where dog owners demand a more interesting and unique breed – without realizing the negative consequences it has.

Where Did the Labradoodle Come From?

Wally created the labradoodle in the 1980s when a blind lady in Hawaii whose husband was allergic to long-haired dogs sent him a letter asking for his help.

Wally, a breeding manager, set about trying to find a breed that would cater to both their requirements – a dog that could be a guide dog without setting off allergic reactions.

After 3 years of trying, in 1989 he decided to carefully breed, “a dog with the working ability of the Labrador and the coat of the poodle”.

Despite his success, he now laments his creation – because other breeders who have copied him do not care about the welfare or health of the puppies they are breeding.

“I find that the biggest majority [of labradoodles] are either crazy or have a hereditary problem.”

It’s important that, when choosing a puppy or dog, you look into their history as much as possible so you can determine what sort of issues they may have when older. Whether from a breeder or adoption centre, there should be information available about any health concerns you should look out for, and any personality or behaviour issue that may abound.

If you have a labradoodle that is, shall we say, a tad rambunctious, there are certain things you can do to try to calm them.