Is Dressing Your Dog in Clothes OK? 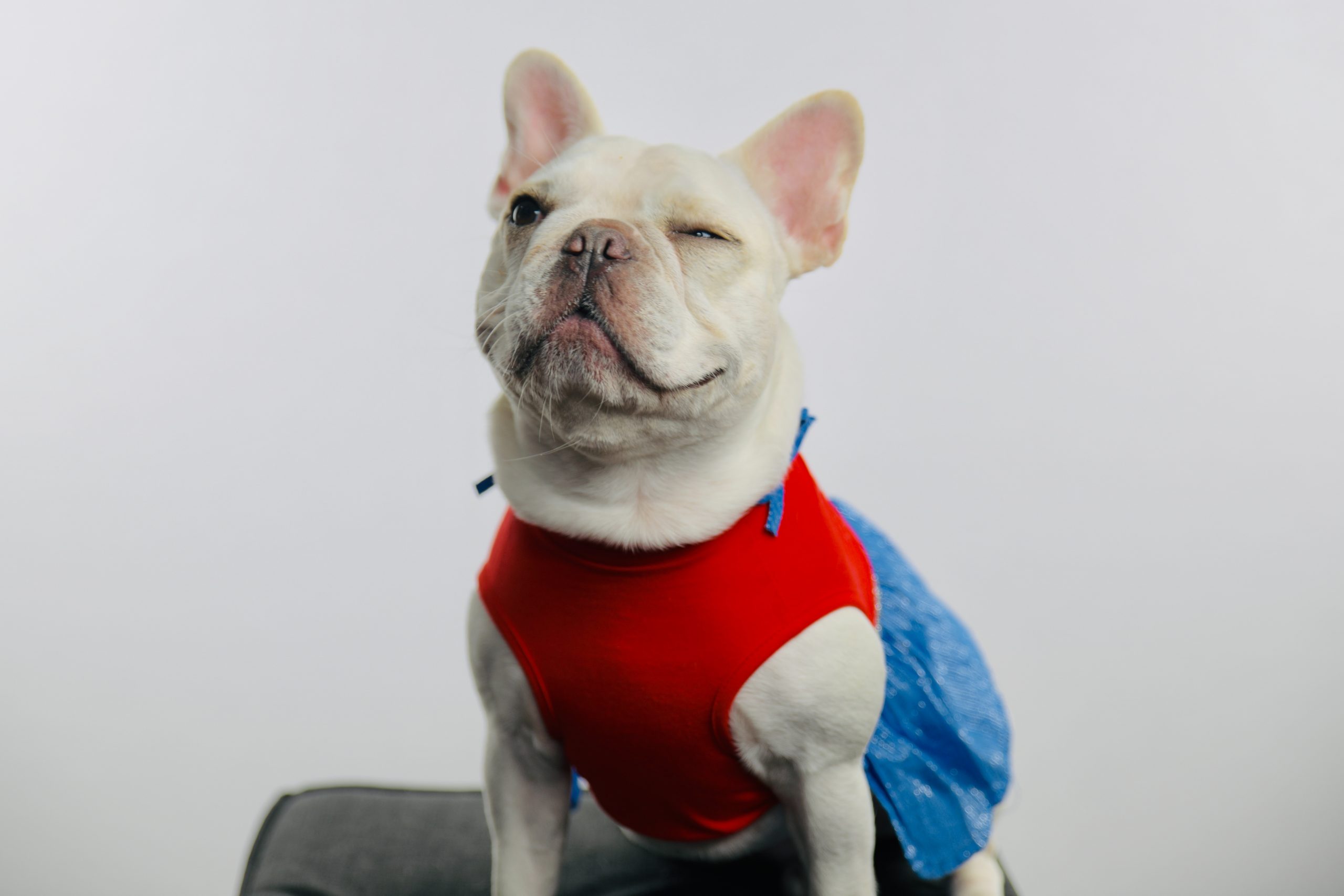 Lots of people see their dogs as part of the family. But some people go a step further and ‘anthropomorphise’ their pup. This means they attribute human qualities to their furry friend, seeing them as having human emotions and personalities, even going as far as dressing a dog in clothes.

But is this potentially harmful? Is there ever an occasion when dressing your dog up is not frowned upon?

The Negatives to Dressing a Dog in Clothes

There will always be people who disagree with dressing a dog in clothes. Their argument is that a dog is a dog – they don’t need to wear clothing as humans do.

Dogs Are Not Humans

Pretending they are human can be damaging to the relationship between man and dog. Man tends to overlook “doggy” attributes (like their desire to chew or dig) and can expect too much of them, as if they were a human child. It’s important to remember dogs don’t have the same minds as humans.

A dog is not a fashion accessory, it is a living, breathing animal. Owners who love to play dress-up shouldn’t use their pet as a toy.

There are also those who argue that dressing a dog in clothing is uncomfortable for them, and therefore cruel. An improperly dressed dog can have limited mobility, chafing and soreness (just like a human who wears the wrong fitting clothing).

The RSPCA says dressing a dog in clothing could be harmful, and they are willing to persecute those who they believe ate not meeting their dogs needs.

Jo Barr, RSPCA spokeswoman, said: “Dog owners should be aware that under the Animal Welfare Act that came into force in April 2007 they have a duty of care to ensure that all of their pets’ needs are met.

“One of those needs is to express normal behaviour and it could mean that with restrictive clothing they are not able to do that properly.

“We’re concerned that any pet should be viewed as a fashion accessory. Taking on an animal is a long-term commitment. It’s quite humiliating and sends out the wrong message about pet care.”

Dressing a dog in clothing could result in the dog being unable to cool down. Unlike us, they are incapable of taking off clothing when they get too hot.

When is it OK to Dress a Dog in Clothes?

There are times when it is acceptable and even advised that we put some layers on our dogs.

Dogs are used to the indoors like us, which means they’re not brilliant in extremely cold weathers. They can suffer from hypothermia, plus salt burn and chapped paw pads.

Older dogs and puppies are more likely to feel the cold, so popping a jumper on them can help them keep warm.

If a dog is poorly a jumper could help their temperature stay regulated, particularly if the dog has lost some fat. A dog that has injured its skin or has a skin condition would benefit from a top of some sort to prevent the skin from being scratched.

Some anxious dogs feel more secure with a snuggly jumper on as it gives them a sense of security.

For a Special Occasion

It’s imperative you make sure the dog is comfortable and that the outfit does not restrict any natural movements for them (like running, scratching, eating etc.) As long as an outfit isn’t too cumbersome and they are happy to wear it, it shouldn’t be a problem to dress your dog up for special occasions.

Why Do Dogs Eat Grass?

Dog CPR – What to Do in a Crisis