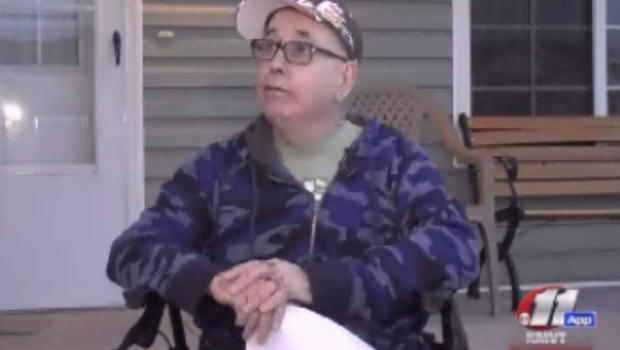 An Idaho dog shot and killed at a birthday party has caused a petition to potentially recall the mayor, Rick Dunn. Tarek Hassani, a Twin Halls, Idaho police officer, responded to a call of dogs running loose on a man’s property and in the neighborhood on February 8. The home and one of the dog’s, seven year old Hooch, belonged to Rick Clubb, a disabled man with Parkinson’s disease who was throwing a party for his nine year old son. His dog was running loose at the party, and Hassani was sent to the home as a result. Hooch and another dog went to the door of the cop car when it arrived, and once Hassani got out, the dogs (shown wagging their tails in the dash cam video) were said to be “aggressing” the officer, so he resorted to pulling his firearm for his own safety and killing the dog.

Though Clubb admits that he had a hard time keeping the dogs fenced in because of the party, but the animals were not considered aggressive at all. The dog owner plans on suing the city and the officers involved as a result, for not only killing his dog, but also for firing the gun in the front yard where kids from the birthday party were running around close by. Clubb said, “I’m going to sue them, I’m going to sue the City of Filer and the police chief and officer. Maybe I deserve a ticket, but I don’t deserve a dead dog.”

Residents have filed petitions to get the officers let go and the mayor of the city recalled. More than half of the signatures are needed with approximately 75 days left to file. If enough people sign the petitions, a recall election will be held.