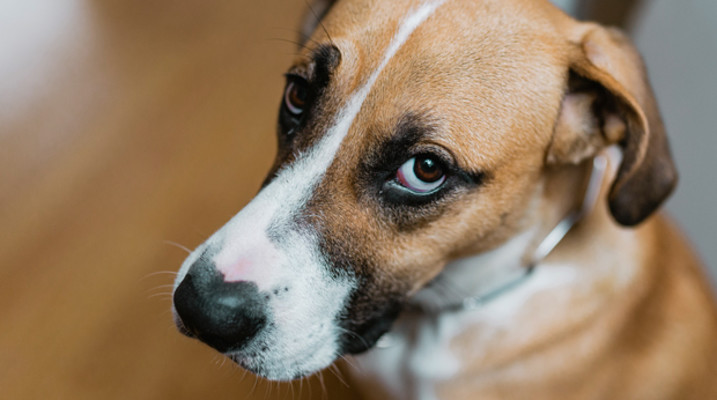 Turns out, dogs know just how irresistible their puppy eyes are! New scientific studies suggest that dogs have adapted and evolved over time to use eye contact to connect with humans.

A recent study published in the Proceedings of the National Academy for Sciences found evidence that dogs evolved new physical methods to communicate with human beings.

The study came out of an intrigue into the methods of eye contact between dogs and humans, particularly with a focus on the movement of their eyebrows. The lead author of the new paper, comparative psychologist Juliane Jaminski, conducted an earlier study in 2017 which proved that eyebrow movement in dogs was voluntary based on human responses. It appeared that dogs moved their eyebrows more often when given attention by humans, and less often when ignored.

For this study, researches choose to compare the facial muscles of dogs and wolves as a basis for their study. Due to their domestication from wolves around 33,0000 years ago, dogs appeared to change both behaviorally and physically to adapt to life with humans.

They examined the faces and heads of a select number of dogs and wolves for data collection. In their comparison, it was found that both animals appear very similar. However, a simple variation in the muscles around the eyes proved the difference.

The domesticated dogs appeared to have two developed muscles around the eyes, that were not present in their wolf counterparts. These special muscles allow dogs to give a range of facial expressions, including the intense raising or drooping of the inner eyebrow.

Dr Juliane Kaminski confirmed that the evidence found was “compelling” that dogs developed the muscle only after their split from their wolf ancestors, as it was odd that such closely related species would develop “remarkably fast facial muscular changes” within a mere 33,000 years.

The study states that when these muscles are raised, “dog’s eyes appear larger, more infant-like and also resembles a movement humans produce when they are sad.”

When considering the significance of dogs having developed the use of ostensive cues such as eyebrow movement, the study states that “the hypothesis is that humans are specifically adapted to being attentive to these kinds of ostensive cues and that this is a uniquely human feature.”

This further suggests that the muscles evolved as a tool to appear to and communicate their needs to humans, developed as a result of our unconscious responses to ostensive cues.

The development of anatomical changes is of great significance for dog-human communications, as it shows a responsive and learned behavior which may have evolved as a means of trying to adapt to human life.