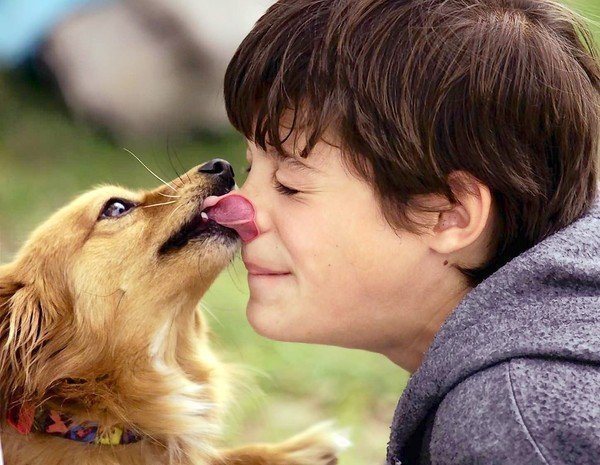 Dog saliva was tested in Fort Lauderdale and West Palm Beach, Florida to answer the question, “how dirty are you dog’s kisses?” and the answer may surprise some dog owners. It’s an urban legend (one that I personally believed was somewhat true) that dog’s mouths are cleaner than humans, but it’s actually a myth. Dogs mouths harbor a lot of bacteria, some that could potentially be dangerous. Dr. Torruellas-Garcia of Nova Southeastern University tested saliva samples from dogs in both aforementioned parts of Florida, and discovered that you may want to think twice before smooching your pooch. Some of the swabs from West Palm Beach showed traces of Nyceria, a bacteria linked to STDs and pneumonia.

However, the bacteria in a dog’s mouth could disappear so fast that it may never affect their human. By the time the dog licks another item or gets his teeth brushed (you should be brushing your pooch’s teeth if you don’t already!) the bacteria is gone. This is not to say that more bacteria won’t return, because the swabs of saliva indicate that all of the dogs had some kind of bacteria present, but having a dog lick you is actually just as dangerous as your spouse kissing you. It depends on what you feel comfortable with, as the bacteria tested did not include anything linked to staph infections or anything else that is truly dangerous. If you are worried about your dog’s dental health, he could get a cleaning from the vet, or you can start brushing his teeth every day.