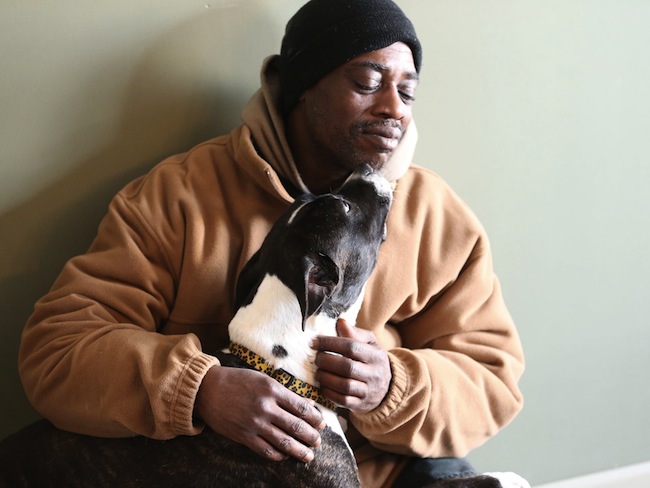 A homeless man has refused to give up on his dog, even in sub zero temperatures.

Bernard Holland got his dog, named Oreo, when she was only 4 months old. Since then, they have become best friends! However, Holland recently became homeless during a sub zero freeze in his hometown of Indianapolis. He was able to stay at his sister’s house nearby, although Oreo wasn’t welcome. With that in mind, he refused to leave her and slept outside with her in the biting cold. 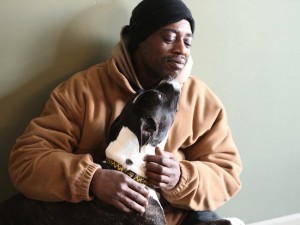 However, he was soon contacted by Ben Bierlein who owns The Wigglebutt Doghouse – a daycare, boarding house and adoption centre for dogs. Bierlein offered to take care of Oreo so that Holland could stay at his sister’s house in the warm while he finds a new house of his own. Holland is happy that Oreo is safe and said of Bierlein, ‘I can tell Ben has a passion for animals.’

He added “My plan is to get a job, get a place, reunite with Oreo and live out the rest of our lives together. I’m truly blessed. My dog is taken care of, and I’ve got enough blankets to keep me warm.”

Holland is currently living in a tent and has enrolled in classes to help him find a job as a painter or janitor. 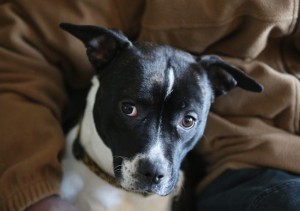