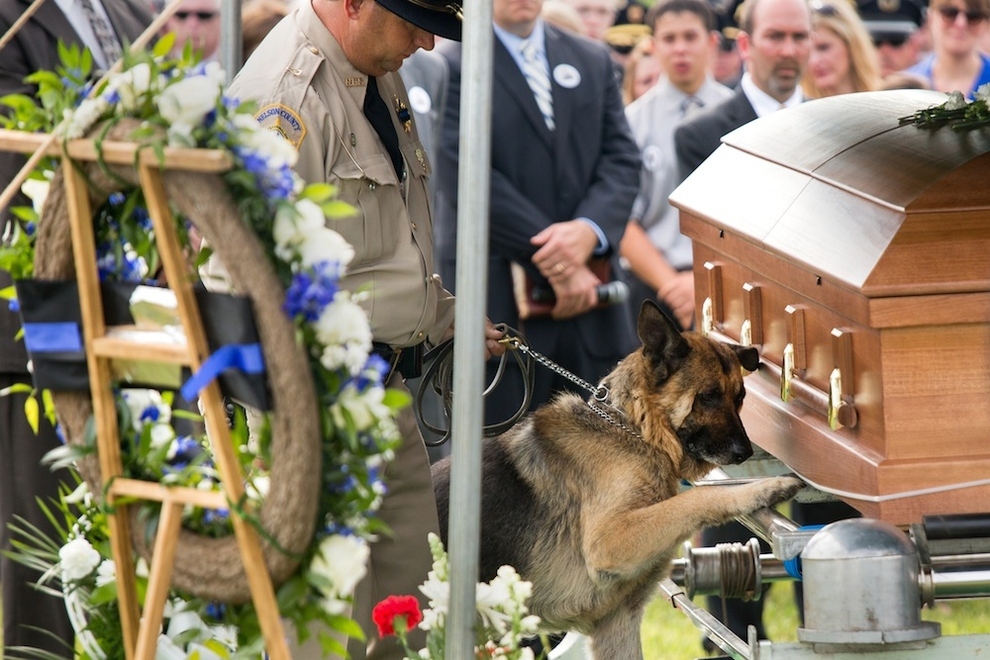 This heart-breaking photo of a police dog (Figo) was taken as he was saying goodbye to his fallen partner Jason Ellis, 33,  who was slain last month in an ambush.

The picture generated hundreds of comments after being posted on Reddit.

“Dogs can actually smell when someone or something is dead and it gives them closure. Not sure if he can tell it’s him through the coffin, but he should,” wrote one Reddit user.

Figo was retired after his partner’s death and is now living with Ellis’ family. Bardstown, Ky., police chief Rick McCubbin told the Associated Press said that the dog and Ellis were “true partners.”