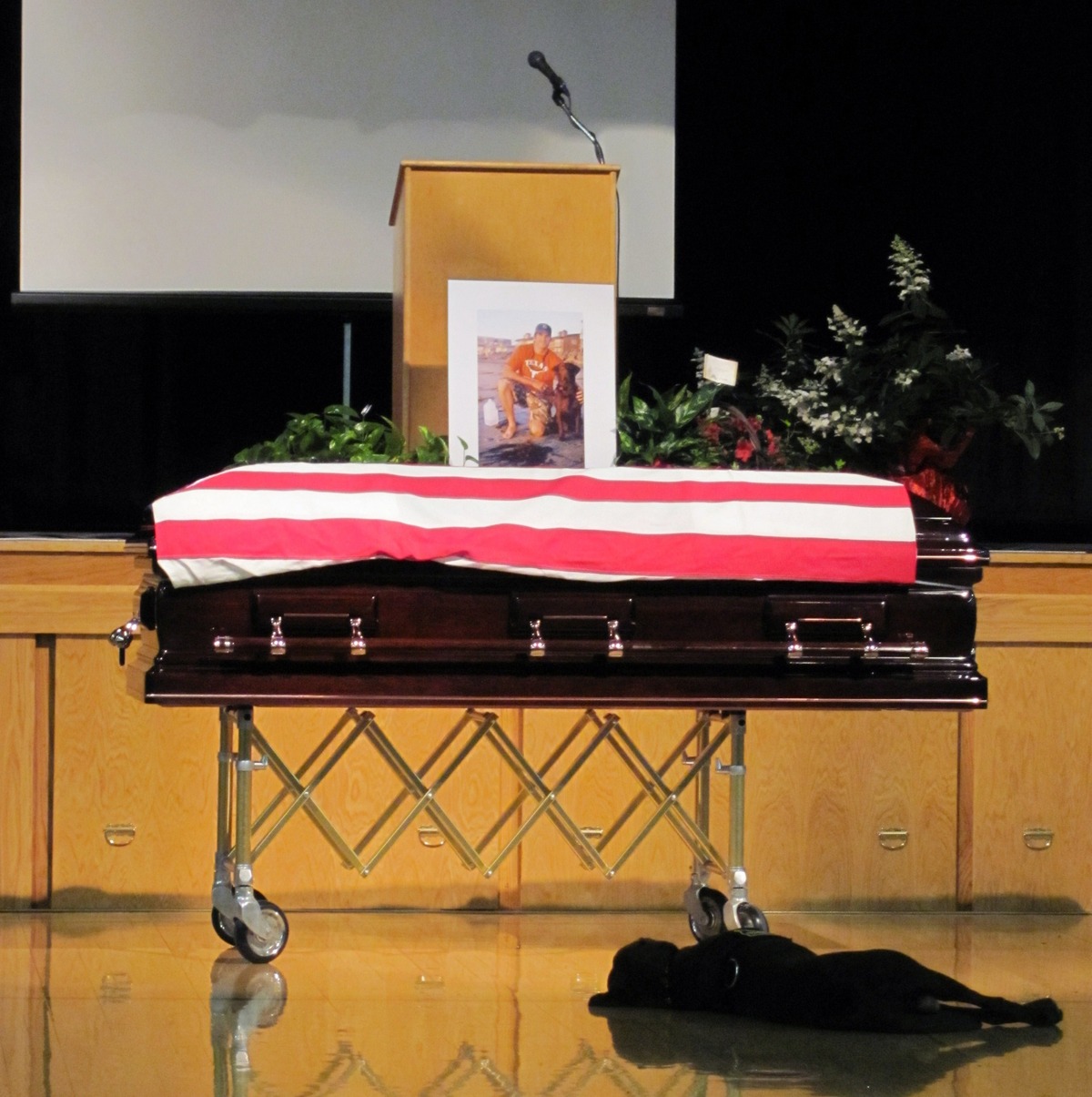 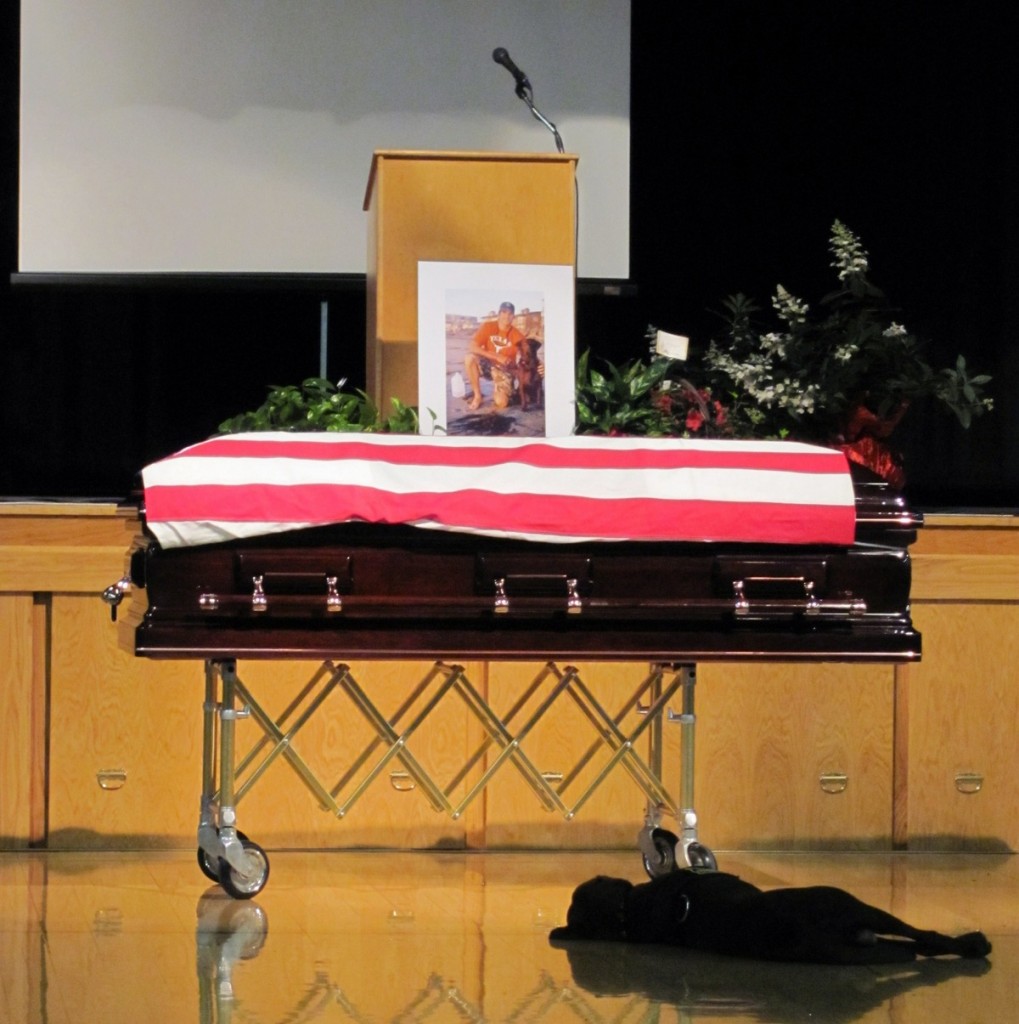 This is probably one of the most touching and emotional pictures we’ve ever seen.

Three years ago, this photo pulled at the heart-strings of millions of Americans as images of this grieving labrador retriever graced the pages of newspapers across the country. At the funeral of Navy SEAL Jon Tumilson, attendees could see his loyal companion, named Hawkeye, lying at the front next to the casket. In front of 1,500 mourners at the beginning of the service, Hawkeye ambled up to the front of the room and laid down next to his master — showing his loyalty until the end.