Floyd, the 190-Pound Dog, Rescued After Getting Tired On Hike 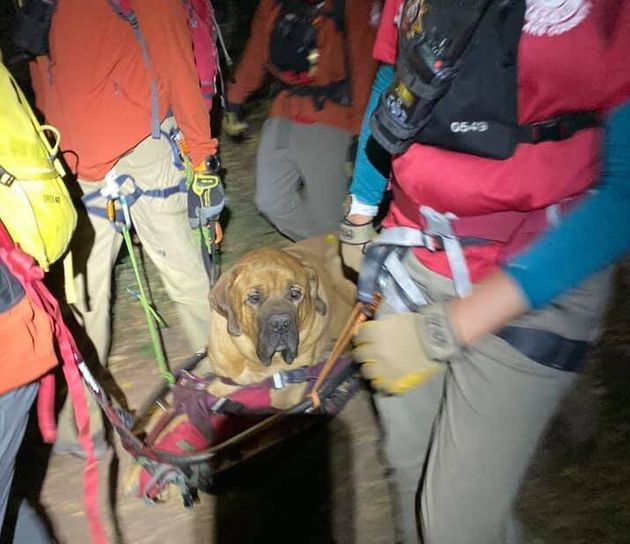 Floyd, a mastiff, was walking with his owner and other human family members on Grandeur Peak Trail located in the mountains outside Salt Lake City, Utah, America.

At the top of the mountain, the group got lost on the way back down – a common mistake on this apparently tricky trail. They ended up walking down a very steep decline which was later described as a “nightmare”.

When the family turned to head back, poor Floyd was too exhausted to attempt another climb, so he lay down and refused to get back up.

With no phone service, the team decided to split into two groups, with one heading down the mountain to get some help.

Fortunately, the local Search & Rescue team was on hand to help. They wheeled Floyd in a litter partway down the mountain, and when the wheel broke, they proceeded to carry him down the rest of the way.

It’s not uncommon for this type of reaction from this particular breed, with many Mastiff owners claiming it is a standard response to that sot of physical exertion.

Apart from some cuts on his paws and some exhaustion, Floyd was fine – he just needed some rest and relaxation to get back to full health.

What is the BARF Raw Dog Food Diet?

New Study Shows Yelling is Bad for Your Dog