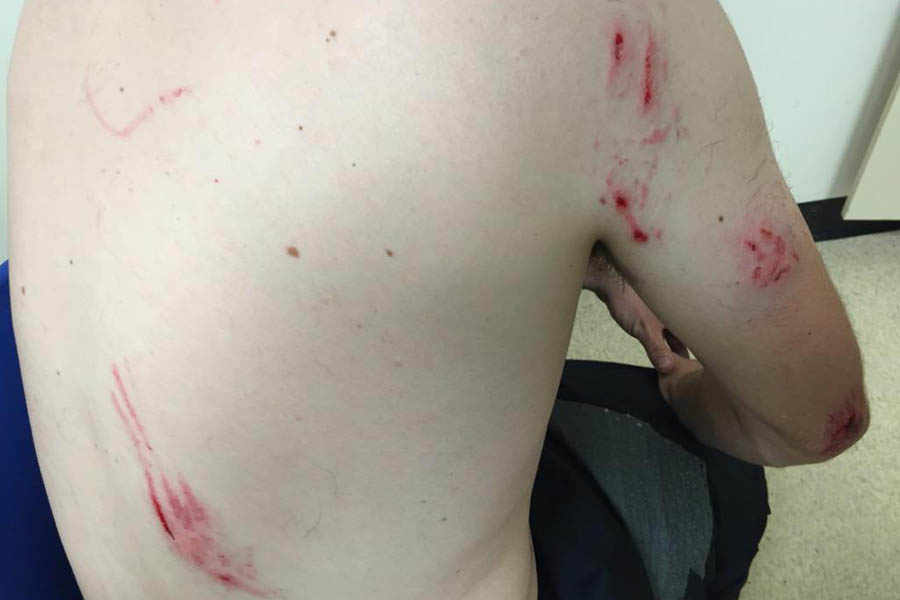 A West Midlands firefighter has been attacked by a dog while he tackled a back garden blaze.

The unnamed man, 31, was attacked and pushed to the ground by a Japanese Akita who then bit his arm and back before walking off. The firefighter was treated in hospital for his minor injuries and was left with grazes and cuts to his back and right upper and lower arm.

The firefighter – who does not wish to be named – told the Express and Star: “It was a bit of a shock as it is was a big dog. The dog jumped on me and I fell to the floor where it bit me on the back and arm. The police are investigating so I can’t say much more.”

Firefighters had attended the fire which was started in a pile of garden waste at the rear of a property. The dog was in the garden near the fire when the fire crew attempted to coax in back into the house. Once it had walked out from the garden, it then attacked the firefighter.

Police are now investigating the attack which happened around 5pm on August 8th.

RSPCA investigating death of dog put down after stay in kennels