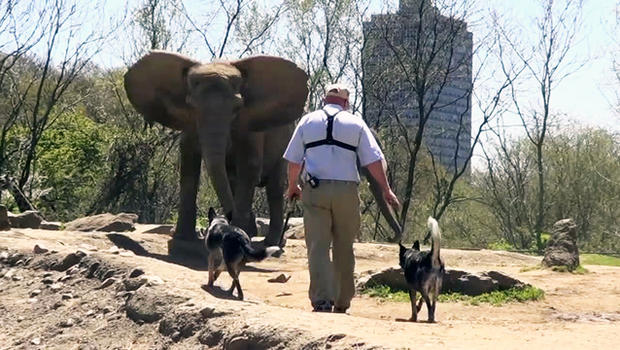 While Australian Cattle Dogs are typically bred for moving livestock, Major and Zeta, a brother and sister team work at the Pittsburgh zoo. These fearless dogs herd elephants for a living, and are good at it too. Elephant attacks at zoos are not uncommon, and Pittsburgh zoo itself lost an elephant keeper, Mike Gatti, in 2002 to an attack from a female elephant named M. Willie Theisen, the elephant manager at the Pittsburgh zoo, says that having Major and Zeta around is like having an extra set of eyes when working with the giant pachyderms.

Having the dogs around the elephants keeps the attention on the dogs, rather than the keepers. It helps the elephants become more responsive to the keepers, which is a huge advantage for Willie, and the elephants have massive respect for the little pups who keep them in line. If a trainer so much as says “Major” or “Zeta”, the elephants come to attention in anticipation of the dogs, and as soon as they hear the jingle of their collars, they are alert. The brother and sister dog team do their jobs flawlessly, and then minutes later are taken by the keepers to meet the guests of the zoo where they get greedy with love and attention. Willie says that the two dogs absolutely love the attention from young kids, and would make great family dogs. 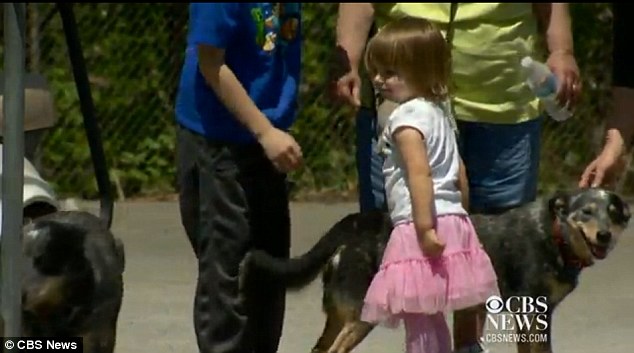 There aren’t many zoos that are using dogs to help with the elephants, so zoos from all around come to the Pittsburgh zoo just to take a look at the dogs and their great work. Not only do they help to herd the elephants, Major and Zeta encourage the pachyderms to get exercise by running them around. Major and Zeta have become a huge part of the Pittsburgh family, and Theisen and the rest of the zoo are grateful for the invaluable services they perform and the company they lend. Watch a video of the dogs at work here.