Dogs can read a smile or frown, report reveals 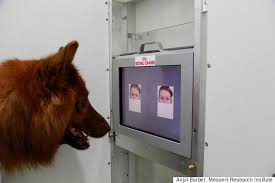 Animal behaviour specialists have found the first evidence that an animal can discriminate between emotional expressions in a different species. A new report has found that dogs are capable of knowing the difference between a smile or a frown.

The scientists say that these findings – published in academic journal Current Biology – help explain the ‘extraordinary bond’ between humans and dogs. 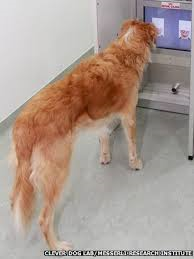 To come up with the findings, a team from the University of Veterinary Medicine in Vienna, proved in a series of tests that dogs could tell the difference between pictures of happy and angry faces. Their research author, Ludwig Huber, said ‘Our study demonstrates that dogs can distinguish angry and happy expressions in humans, they can tell that these two expressions have different meanings, and they can do this not only for people they know well, but even for faces they have never seen before. It appears likely to us that the dogs associate a smiling face with a positive meaning and an angry face with a negative meaning.’

The scientists reported that even when they attempted to train the dogs to choose the pictures of angry faces – by using treats – the dogs did not want to do so.

The team of specialists put 24 dogs through different behaviour tests and presented them with pairs of faces on a touch screen. The results showed that the dogs – who were mostly Border Collies and German Shepherds – were able to recognise and choose one type of expression over the other. Interestingly, the dogs which were told to pick out the happy expressions performed better than the dogs who were tasked with picking out the angry expressions. These findings suggest that the dogs had already learned to be wary of angry faces.

Experts believe that these findings support the theory that dogs have evolved over 30,000 years to understand humans. As selective breeding meant that dogs who could communicate with their owners most effectively were preferred, the trait become more prominent over time. 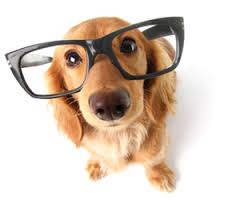 Interactive Play – Why It’s Important for the...

Should I Take My Puppy To Puppy Classes?