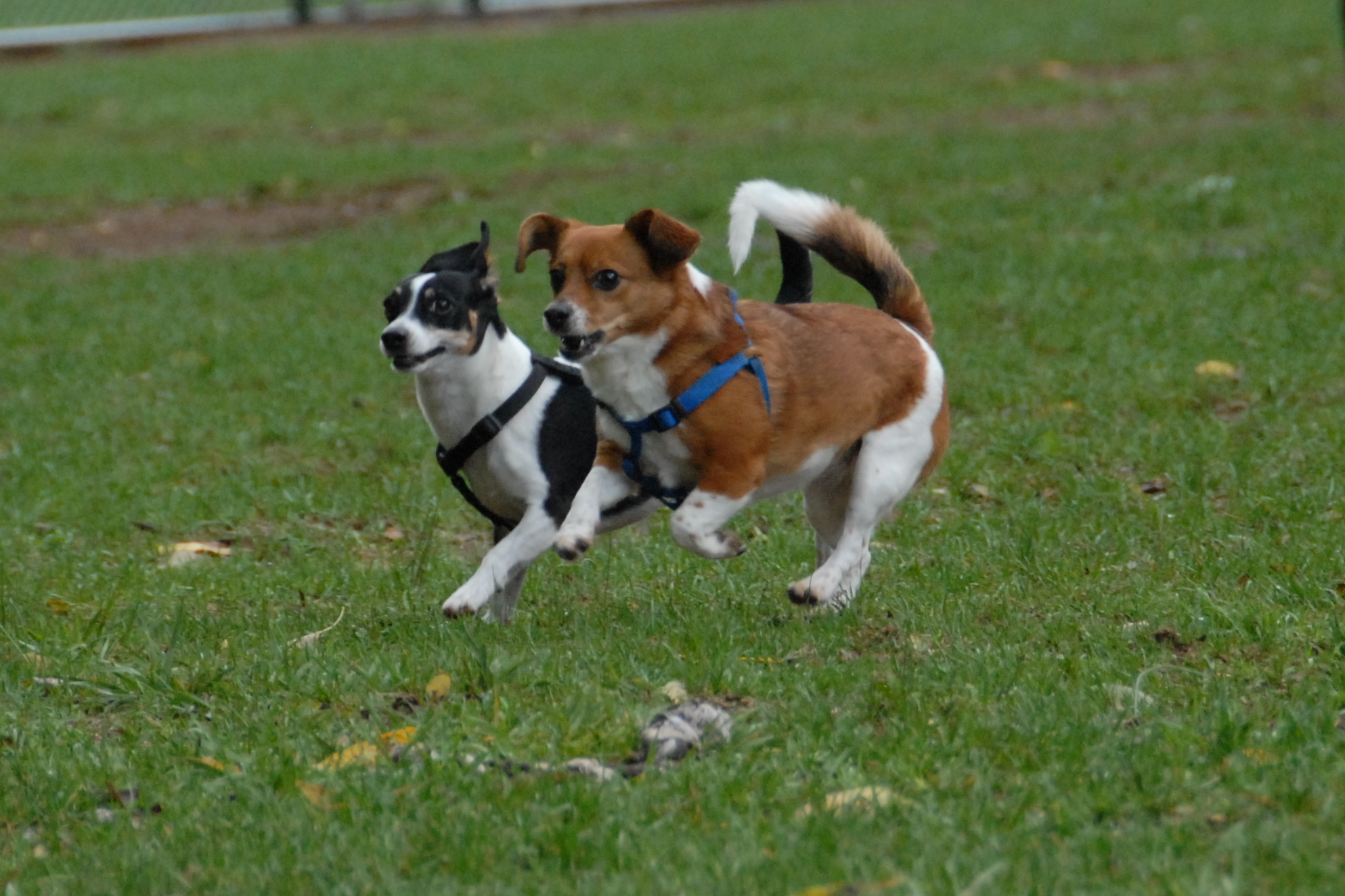 I have yet to take Lucas to a dog park, so I was looking for some nearby now that the weather is getting nicer when I stumbled upon an article about dog park etiquette, and some of the points are definitely worth sharing. 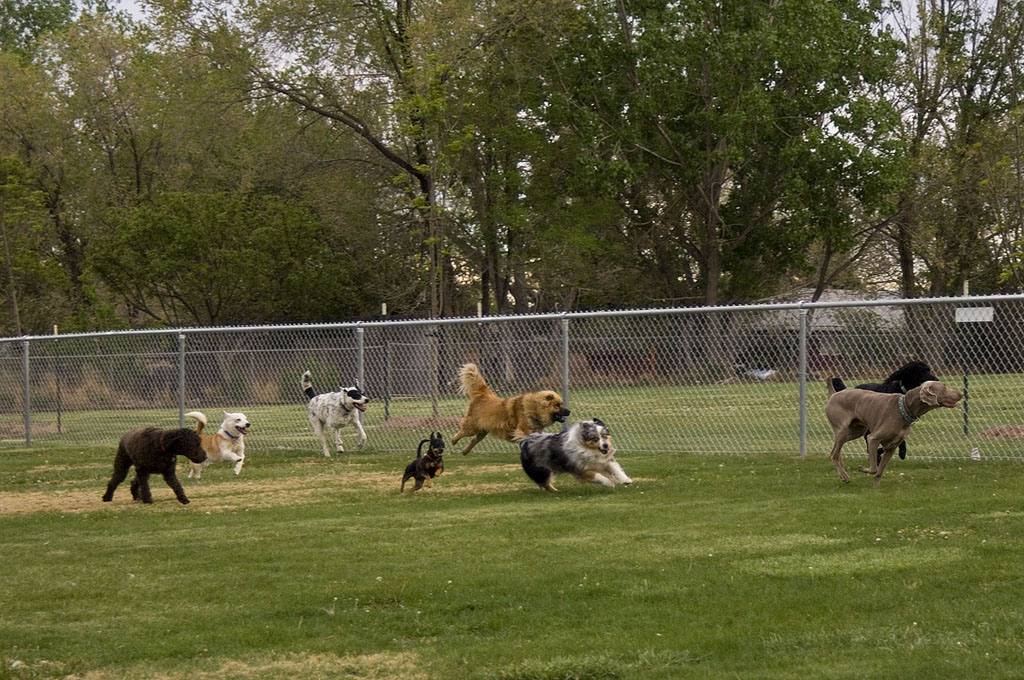 Not all dogs belong at a dog park – and neither do other animals. In a dog park the leashes come off and dogs go crazy sniffing each other and running around to play, so there should never be another animal (i.e. a ferret or cat) inside of the dog park with the dogs. The animal will be a distraction, could get hurt, and will most likely disturb the dogs. When it comes to dogs, the type of pooches that should be in a dog park are ones that are socialized and active. Dogs that are shy or aggressive, as well as puppies, should not go to a dog park. Dogs who are well behaved and have had training (obviously not puppies) and are confident in situations with other dogs will do very well in dog parks making doggie friends. If your dog is shy they will most likely be nervous or scared, which the other dogs will sense, and if your dog is aggressive toward other animals, it’s pretty self explanatory why they shouldn’t be shut in a fenced in area with other dogs.

Use caution when entering and exiting the dog park. The entry area to a dog park can be a stressful place because it is so small and of course you don’t want your dog to accidentally get out. If you want to enter the dog park but someone is in the entry either re-leashing their dog or un-leashing them to go in, wait until they are finished and the entry is clear. Several excited dogs in that area could cause a fight, or an accidental escape from the area.

Be actively present while your dog is playing. Bringing your dog to a dog park does not give you a period of time to make calls or play a game on your phone. Of course you want to socialize and meet other dog owners from your area, but chat while watching your pooch and keeping an eye. Circle the park every once in a while if your dog is very mobile or staying in one spot often just to keep checking up on him. Make sure he is aware that you are watching him so he doesn’t cause trouble or do anything naughty. If you feel like you have the most well behaved, socialized dog in the world, you should still be actively present in the moment with him regardless of the fact that you are hanging out with humans and he with pooches. You are his support system and best friend and you should be aware of him as he is aware of you, so put your phone down and chat with one eye in the fence. 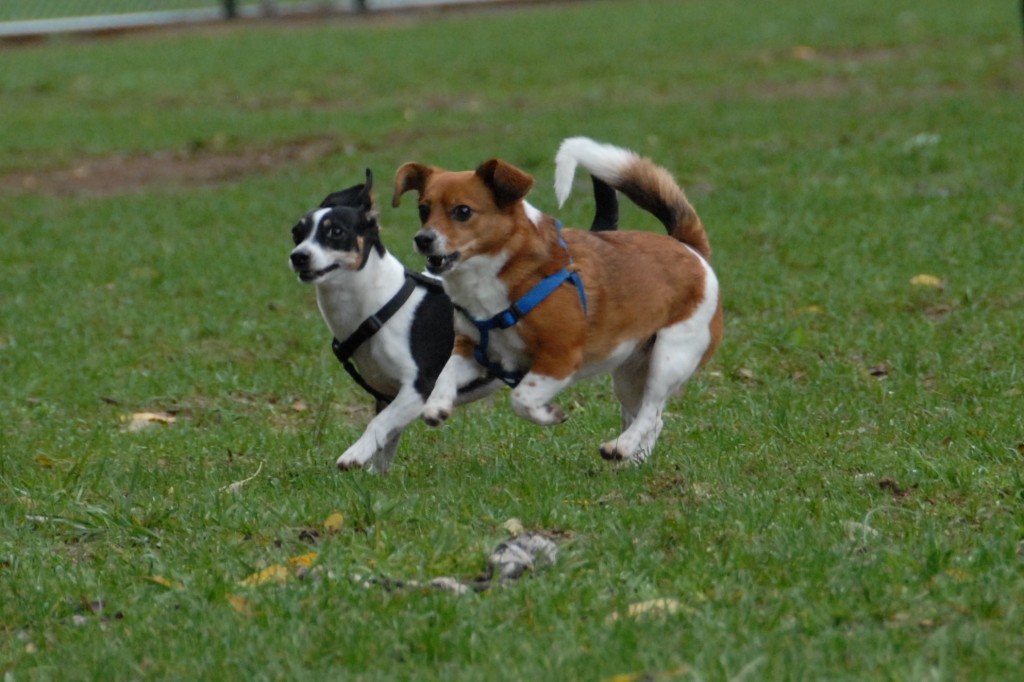 Pick the right park for your dog. There are a variety of parks available for dogs, and usually the differentiation is a park with one area for all dogs, or a park with an area for smaller dogs and one for larger dogs. Most agree that keeping your dog in a grouping with similar sized dogs is best because a small dog running around with a lot of big ones (regardless of your small pup’s playful disposition and/or his bigger breed brother) can cause the bigger dogs to get rowdy. It is common for dogs to work each other up when there are a lot of them around each other, so bare this in mind when deciding the type of park you want your dog running around in.

If your dog isn’t having a good time, you’ll know it and should take him home. Dogs that are having a good time at the dog park will be running around, sniffing other dogs and their surroundings, and wagging their tail. Redirect your dog if they attempt to mount another dog or are mounted by another dog, and if it’s your dog doing it, make sure that it isn’t a continuous behavior because they might not be ready for the park. If your dog is hunched, looking away from the other dogs, circling you or getting between your legs, or asking to be picked up, they are not having a good time. They may be nervous or afraid, maybe just overwhelmed. Fear at a dog park could set the stage for future fear regarding other dogs and this could lead your dog to act out against other dogs. Try again another day when your dog is more relaxed. On another note, if you dog is extremely hyper and drags you to the park on his leash, he needs to calm down. Try taking him for a long walk to tire him out a bit before going in and wait until he is calm before un-leashing him. If he cannot calm down, it may not be the right day for the dog park.

A lot to think about in terms of dog park etiquete before taking your dog for the first time, so try to be as prepared as possible before making this type of trip, especially if the dog park isn’t very close by.