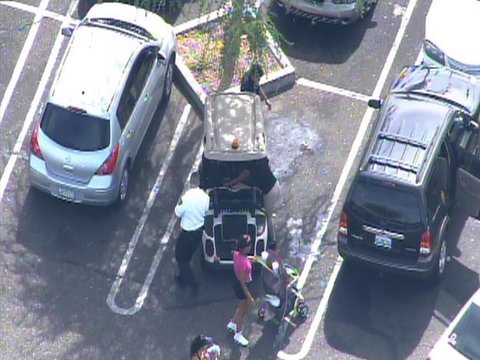 An animal cruelty case is being investigated in Phoenix, Arizona after police were sent to a Phoenix mall a couple of days ago due to a report of a dog locked in a car in the parking lot. In the sweltering Arizona summer heat on June 2, the police were called from Christown Spectrum Mall security around 3:30 to a car in the parking lot with a one year old Pitbull mix inside. The police arrived and recovered the dog inside, but reported that the dog died very shortly after from his suffered injuries. The owners have been located, but an arrest has not been made as of yet.

It is so important not to leave your dog in a car, especially in the hot summer months, because even with the windows cracked it is still dangerous for them. This story is so unfortunate and the situation could have been so easily avoided by leaving the dog at home or at a doggy day care. Part of the responsibility of having a dog is providing him with the best care. Take care of your dogs this summer!