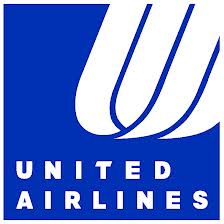 The internet has been in uproar today over a viral picture that shows a dog left out in the rain on an airport runway. 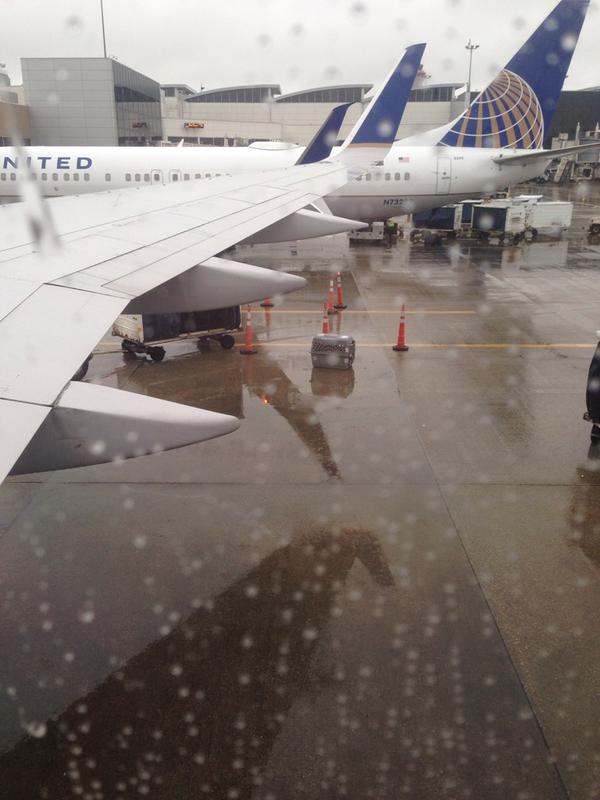 The picture was uploaded by Twitter user @theregoesbabs who claims that the dog was left for more than half an hour on a ‘rainy, cold runway’. 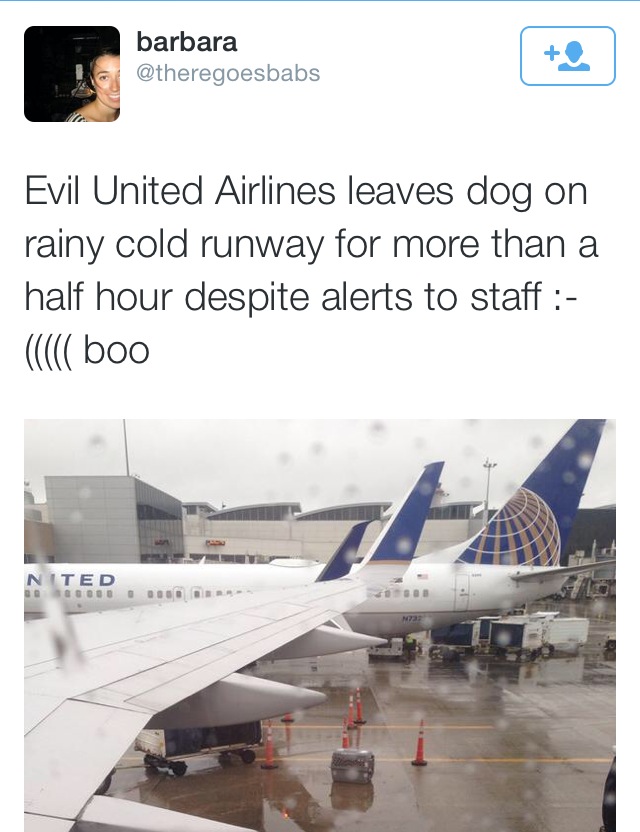 Apparently, the animal was left there in it’s carrier despite multiple staff being alerted on board the aircraft. United Airlines were quick to respond to the tweet and hastily shifted the blame, saying ‘@theregoesbabs Thanks for telling us. The weather can change & may have been clear when PetSafe dropped off. They’re the ones to call too.’
However, the original tweet and picture has already received over one thousand retweets and was even picked up by pop star Sia. The Australian singer tweeted her outrage, stating ‘I will never fly @United again. Thanks @theregoesbabs for exposing their shitty treatment of our beloved pets.’ 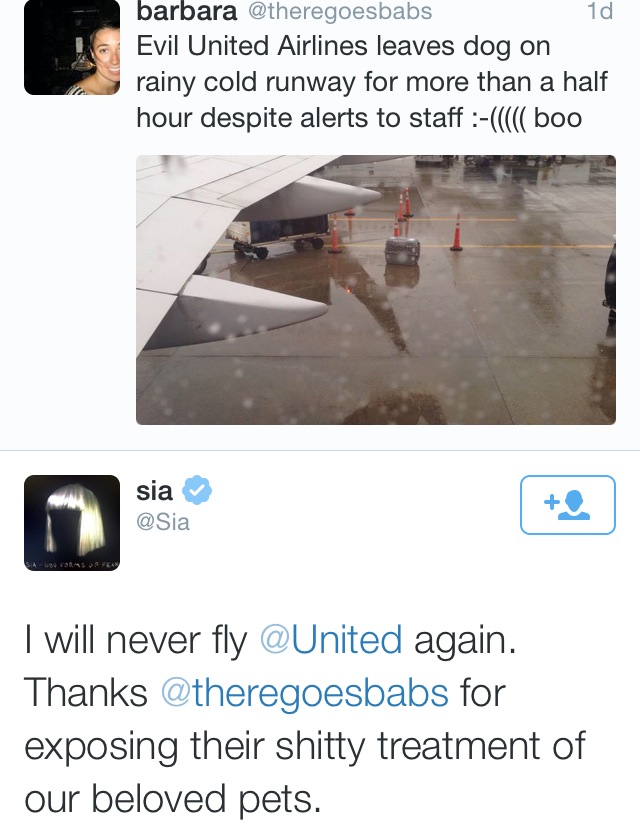 The story has since been reported by gapyear.com, The Daily Mail and The New York Post to name a few.