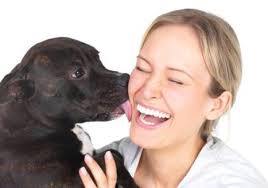 Ever grossed out your friends by letting your dog give you face kisses? No? Just me then.

Well, experts now say that dog kisses could indeed be could for you! Scientists claim that the microbes from a dog’s gut could prove good for their owner due to the probiotic effect that they have.

To try and prove that this is the case, researchers at the University of Arizona are recruiting volunteers to take part in a study that will test the theory (get me a plane ticket – stat!). Participants will be paired with a dog from the humane society and take the dog home to live with them for 12 weeks.

Kim Kelly, an anthropology doctoral student and one of the lead researchers, said ‘We’ve co-evolved with dogs over the millennia, but nobody really understands what it is about this dog-human relationship that makes us feel good about being around dogs. Is it just that they’re fuzzy and we like to pet them, or is there something else going on under the skin? The question is, has the relationship between dogs and humans gotten under the skin? And we believe it has.’ 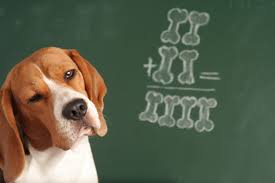 This new research is to focus on the effect that dogs have on the health of older people. Participants will be aged 50 or over, have overall good health and will not have lived with a dog for at least six months. Dr Kelly and the other researchers will explore whether living with a dog encourages the growth of positive micro organisms in the human gut. Participants will be evaluated at the beginning of the study as well as throughout and at the end to measure their levels of gut bacteria, diet, immune function and physical activity.