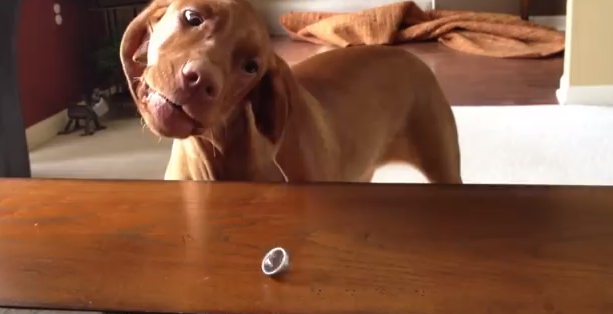 This Vizsla, Riley, is a love hater. The dog hates marriage, and proves it in this video. Just kidding, his issues with marriage are completely fabricated, but he does actually have an issue with spinning objects, in this case, a wedding ring. He freaks out at it spinning on a table, which to some may seem like serious commitment issues, but I’m sure that if it were a coin spinning, he’d respond the same way. I think that Lucas would feel similar about a tiny spinning object in front of him, as I know he would want to try and grab it, but would be confused by the noise and the blurry movement. Dogs are hilarious.