Dog from Crete brought to UK by the woman she saved 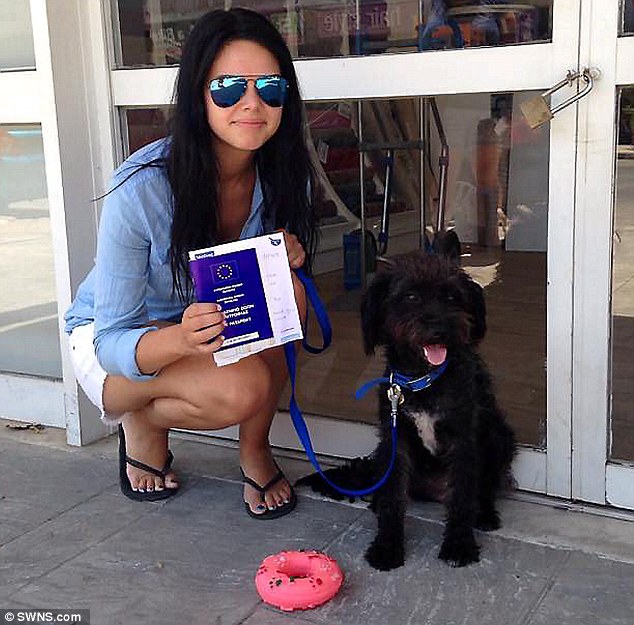 A British holidaymaker who was visiting Crete when a dog came to her rescue and stopped her from being attacked has paid thousands of pounds to bring the canine back to the UK with her.

25 year old Georgia Bradley was visiting a remote beach when two men approached her and asked her to go for a drink with them. When Ms Bradley – whose boyfriend was in a nearby café – rejected the men, they became aggressive.

As one of the men grabbed her by the arm, a small black dog darted out of nowhere and started barking. Ms Bradley told the Daily Mail that the dog ‘shot out of nowhere, jumped up at me and began barking and licking my hand, and that made the men think twice. She saved me. She must have noticed something was wrong. When I went back to the apartment she followed me and finally let us stroke her. We had an instant bond … We went right round the town to see if she had an owner, but we couldn’t find one and we had to fly the next day.’

The couple took the dog – who they have named Pepper – to a local shelter and a vet but they were turned away by both.

‘When we left to go to the airport, we looked back and Pepper was running after the car. It was heartbreaking. When I got home I couldn’t stop thinking about her so I took the soonest flight back out that I could, which was two weeks later.’

When she returned, Ms Bradley was stunned to find Pepper was still on the same beach.

Once the couple were able to have Pepper confirmed as a stray dog, they found a vet on the island who agreed to microchip the dog and give her the relevant jabs so she could be issued a pet passport. After spending 21 days in quarantine, Pepper was ready to fly but when Ms Bradley returned to get her she was told that the dog was pregnant.

A week after arriving back in Calstock, Cornwall, Pepper gave birth to six puppies. 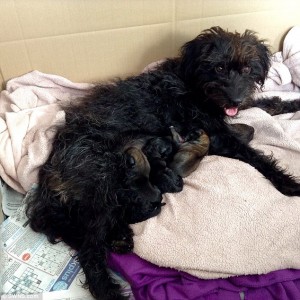 10 Great Reasons For Taking Your Dog On Holiday