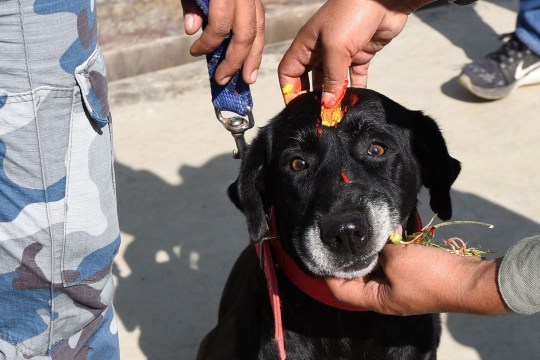 The Tihar festival, also known as Deepawali and the festival of lights, is a 5-day long Hindu festival celebrated in Nepal and some parts of India. This year, it took place between the 25th and 29th of October. The second day of the festival (27th) is known as Kukur Tihar – the day of the dog – and is spent worshipping none other than man’s best friend.

It’s a Hindu belief that dogs are the messenger of Yamraj, the God of death. The ceremony is an attempt to appease him.

As part of the festival, dogs are adorned with flowers, have tikka applied to their foreheads, and are offered food.

Check out the sweet images from the festival below!

Someone start a petition to have a day worshipping dogs here in the UK!

Kennel Cough – Why You Should Vaccinate Against it