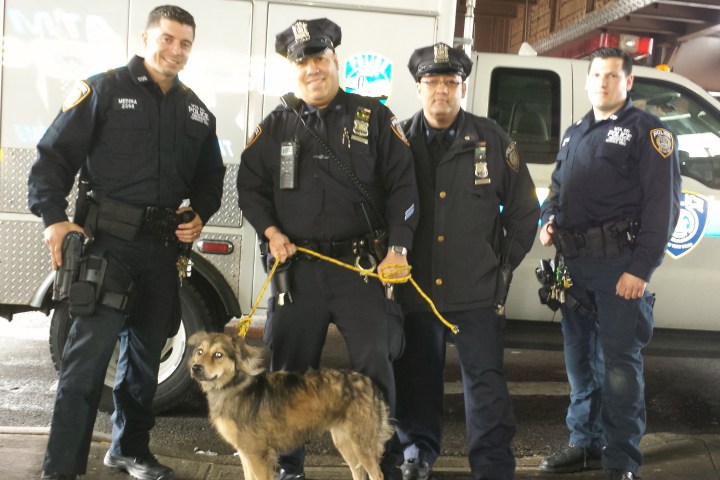 The most epic dog chase of all time took place last week, when Tie the dog chased the Metro North train from the south Bronx to Manhattan. She raced the four hundred ton train for miles and miles, keeping up with it and even running in front of it a couple of times. The engineer running the controls that morning, Joseph Delia, was nervous that the dog would touch the third rail, and he began to go very slow once he realized the dog was running in front of the train and jumping across the rails without a care in the world. When he announced to the passengers why they were going so slow, they ran to the front cars to get a look at the brave dog. Finally, at a stop in Harlem, the dog was apprehended by MTA cops that Tie excitedly ran up to. She was named Tie because of all of the railroad ties that she jumped over, and it being kept in custody by Animal Care & Control until an owner comes forward. Otherwise, Tie will be up for adoption to find a home that will give her plenty of space to run (maybe not as much room as she would like, but the Bronx to Manhattan is hardly a backyard space!)

Tie with the MTA cops that took her into custody for safety after her great race.