Dog breed purposes that may surprise you…

Nowadays our dogs are mainly part of our family and rarely have any duties – working dogs excluded of course – beyond loving us, hugging us and displaying a good and consistent recall. However, it may surprise you to find out what certain dogs were originally bred for…

The Dachshund is one of the most popular breeds in the UK today. Short and long in stature, his inquisitive nature and alert personality tend to win over everyone he meets. So it may surprise you to know that this little beauty was originally bred to chase, dig out and kill forest animals such as foxes and badgers. 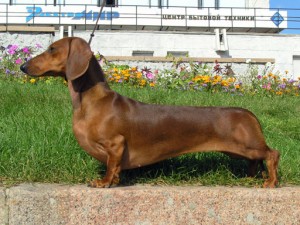 The Yorkshire Terrier ranked number 18 in the top 20 breeds in registration with the Kennel Club UK in 2011, and although this protective and curious little canine has since dropped down in the ranking, they are still loved all over the UK. However, this active little dog was bred to hunt rats in British coal mines before the miners went down to work.

The Lhasa Apso is a vocal and fearless lapdog, named after the Tibetan capital of Lhasa (with ‘Apso’ meaning ‘bearded’). His protective and curious nature meant that the original breed purposes were to guard Buddist temples and palaces along with acting as the burglar alarm in houses belonging to the nobility.

The Airedale Terrier is known as the largest of the terriers and is another canine bred by us Brits. His high energy and independence saw the terrier being bred to hunt otters and later to serve in WWI as a courier. An interesting Airedale fact is that Kitty, owned by John Jacob Astor, perished with the sinking of the Titanic. 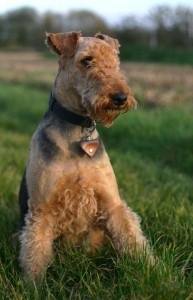 The Chihuahua – named after a northern Mexican state – is the smallest of all dogs. However, don’t let his tiny stature or Paris Hilton carrying hers in a handbag fool you – this little guy is confident, alert and loyal. The Chihuahua heritage is long and confusing with many theorists and archaeologists believing that he hails from a companion dog known as the ‘Techichi.’ Other evidence suggests that apart from being a companion the Chihuahuas were bred and sold for food. Eek!

The French Bulldog descends directly from a Greek tribe in which the breed purposes were to be used in bull-baiting. However, this terrible sport was outlawed in Britain in 1835, leaving many Bulldog breeds essentially jobless. It was then that this playful and affectionate breed was used, instead, as a companion. Over time the French Bulldog was purposefully bred to be smaller.

Canine behavioural issues and what you can do