Crufts 2015 has crowned its champion!

The prestigious Best in Show award was last night bestowed upon a Scottish Terrier known as ‘Knopa.’ 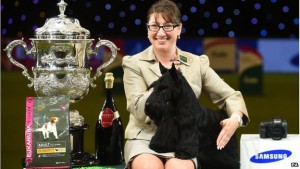 Knopa and her American handler, Rebecca Cross, were awarded the prize after beating off competition from over 20,000 other dogs at the show. Ms Cross has said that the award was doubly special as Knopa would probably retire following the win. She added ‘Knopa is one in a million. She was Best of Breed here in 2013 and it’s been a really wild ride. It hasn’t sunk in yet, I really can’t believe it. She was supposed to retire today so if so this was her retirement show.’ 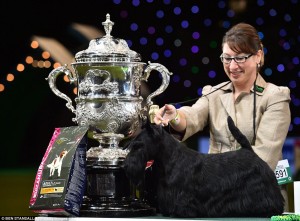 The gorgeous Terrier is the first of her breed to be crowned with the title since 1929 and narrowly beat Flat Coated Retriever, ‘Dublin’, who took the title of Reserve Best in Show.

Dublin beat off thousands of other dogs in his category to win the Best in Breed award on day two of Crufts. He and Knopa then went up against five other dogs in the finale of the 4 day show. 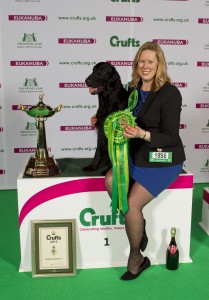 Of course, a darkened atmosphere hung over the day as more details emerge about the ‘poisoning’ of Jagger, the Irish Setter. Jagger’s owners report that he collapsed and died on returning home to Belgium after competing in the competition on Thursday. He had come second in his class. His owners suspect that he was fed poisoned cubes of beef but believe that it is unlikely to be a fellow competitor. 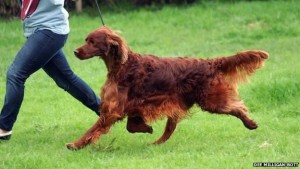 The wife of Jagger’s co-owner told BBC 5 Live “I don’t believe in my heart of hearts that this was another competitor or anyone involved in the dog world. I can only imagine that it was a random act that somebody premeditated and wanted to cause total distress at the best dog show in the world. It’s not unknown for people to do things like this. He was a typical Irish Setter, totally trustworthy and so loved. We are devastated.” 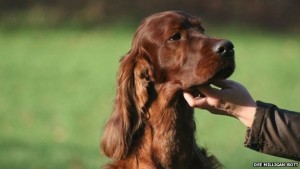 Crufts and The Kennel Club say that they are working with the Belgium police over the incident and a toxicology report is expected imminently.